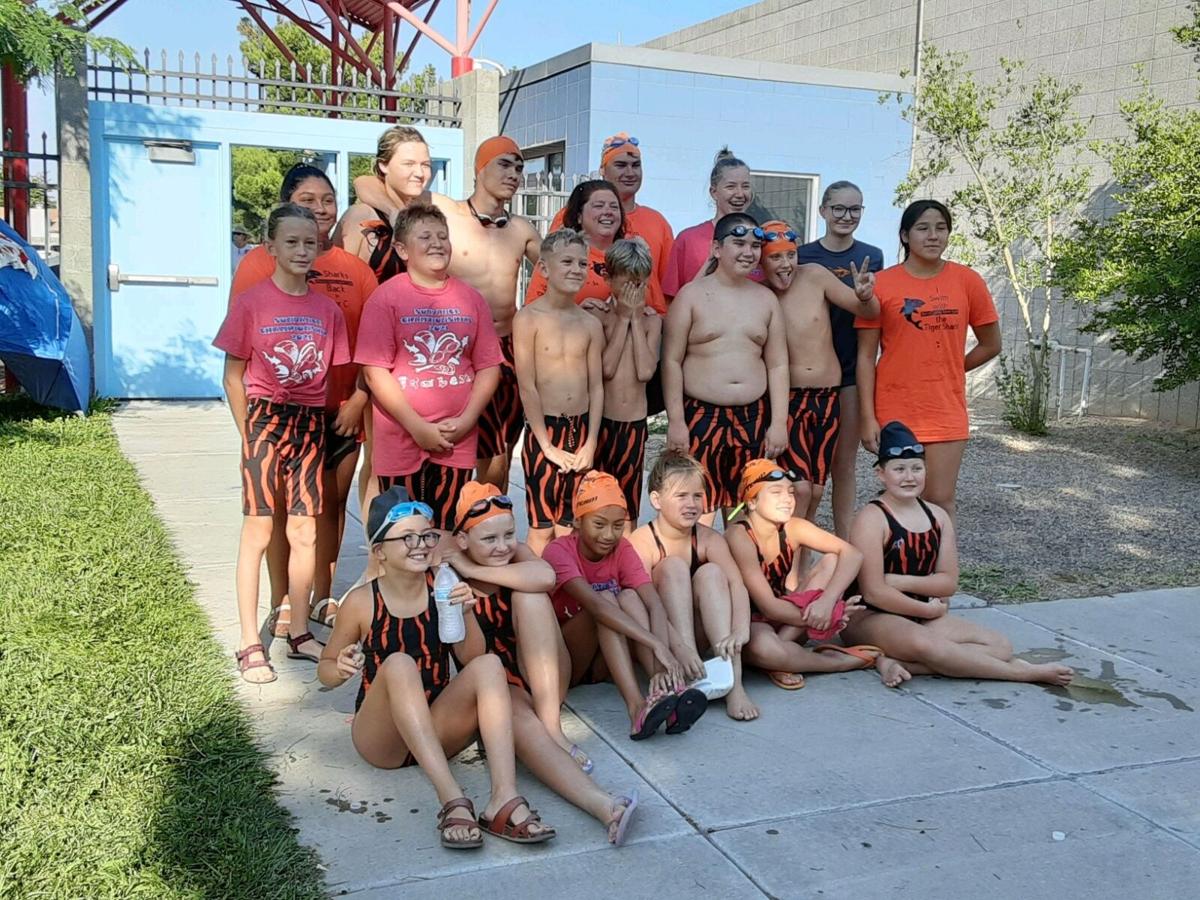 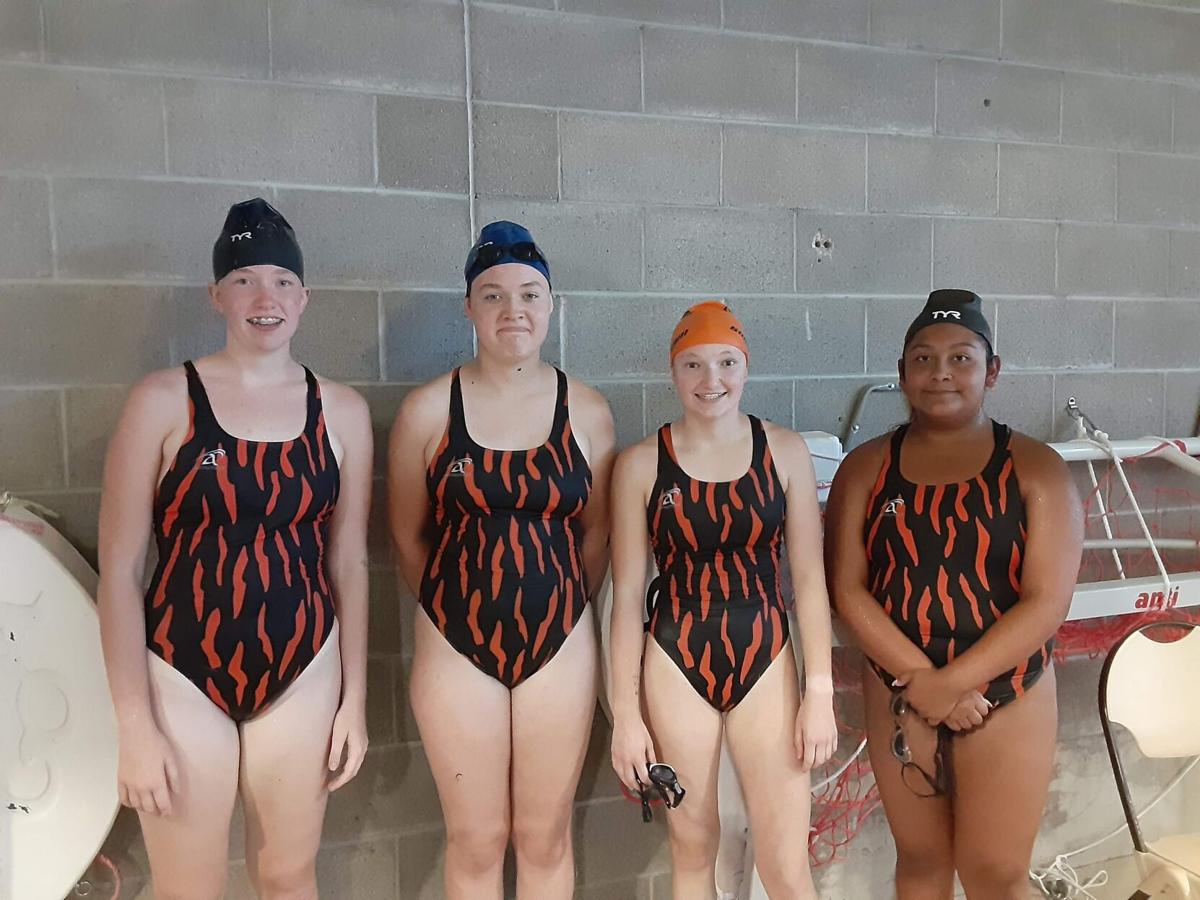 The Sierra County youth swim team, the T-or-C TigerSharks held their closing ceremony Thursday, July 29, at the T-or-C Municipal swimming pool. Though there is talk of possibly continuing practices in the off season, and even perhaps a high school swim team, the team concluded their official season with a swim meet between the Tiger’s, coached by Kahden Vienna, and the Sharks, coached by Jaimee Green.

There were many awards to be given to the swimmers this season. State Championship ribbons were distributed, with numerous placements in the top 16 swimmers in the state, including the second fastest boy’s 8-years-and-Under, Brock Boone, who brought home the silver medal in the 25-meter backstroke.

All in all, 16 TigerSharks qualified in individual races, and took an additional four swimmers to compete in the relays, which was a TigerShark Record!

A special “Lifetime Achievement Award” was presented to Jaimee Green for her service and dedication to the swim team for the past 9 years. Even though she is eligible to swim for one more season, she will be graduating high school in December and then going off to college in Texas.

The final and most prestigious award given by the TigerSharks Swim Team is the Tiger Heart Award. There will be a separate article on the history of this award, and the swimmer who received it this year in next week’s Sentinel. The kids had an amazing season, and everyone is so proud of all of their accomplishments. We would like to thank the community for their continued support and look forward to resuming swimming next season.

Mostly cloudy. A stray shower or thunderstorm is possible. Low around 55F. Winds NW at 5 to 10 mph.

Partly to mostly cloudy skies with scattered thunderstorms before midnight. Low 54F. Winds N at 5 to 10 mph. Chance of rain 40%.

A few clouds from time to time. Low 57F. Winds light and variable.