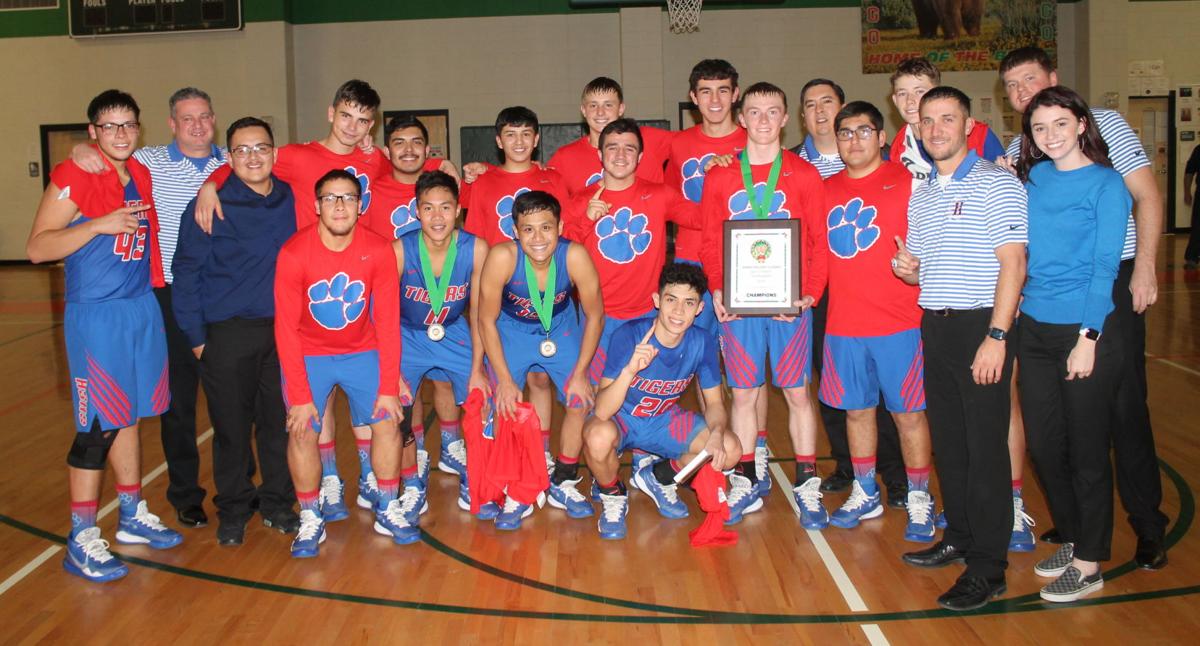 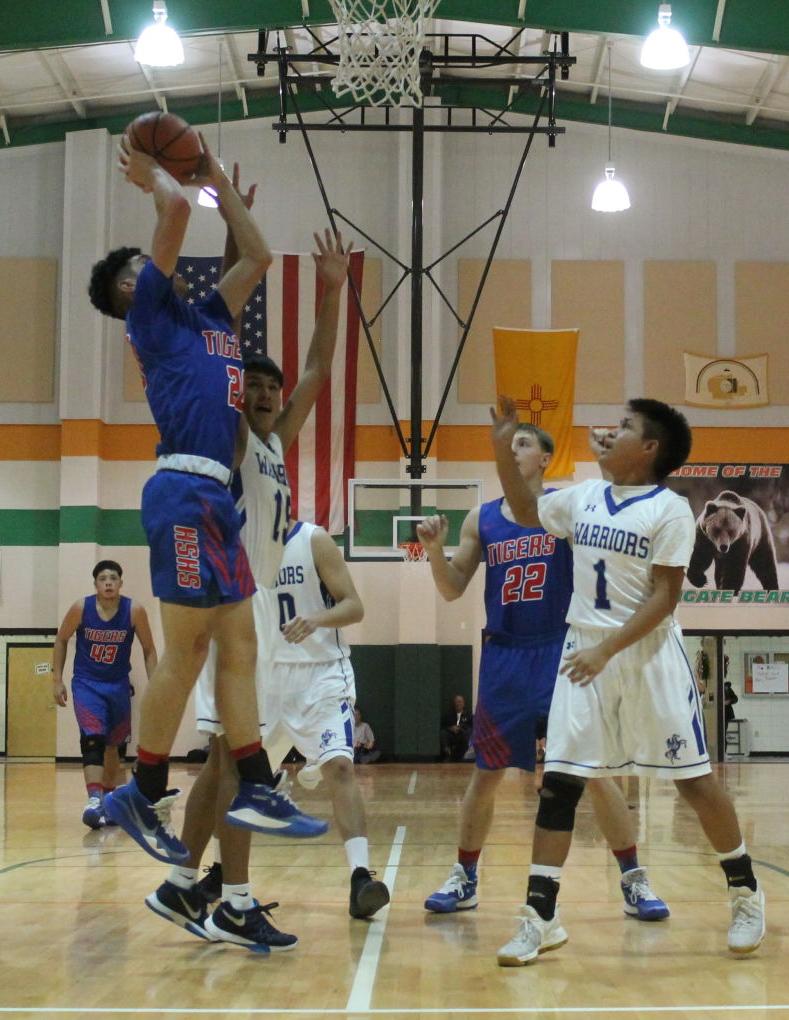 Tiger guard Nathan Salcido works inside, putting up two of his 14 points in the Wingate Tournament championship game, December 14. 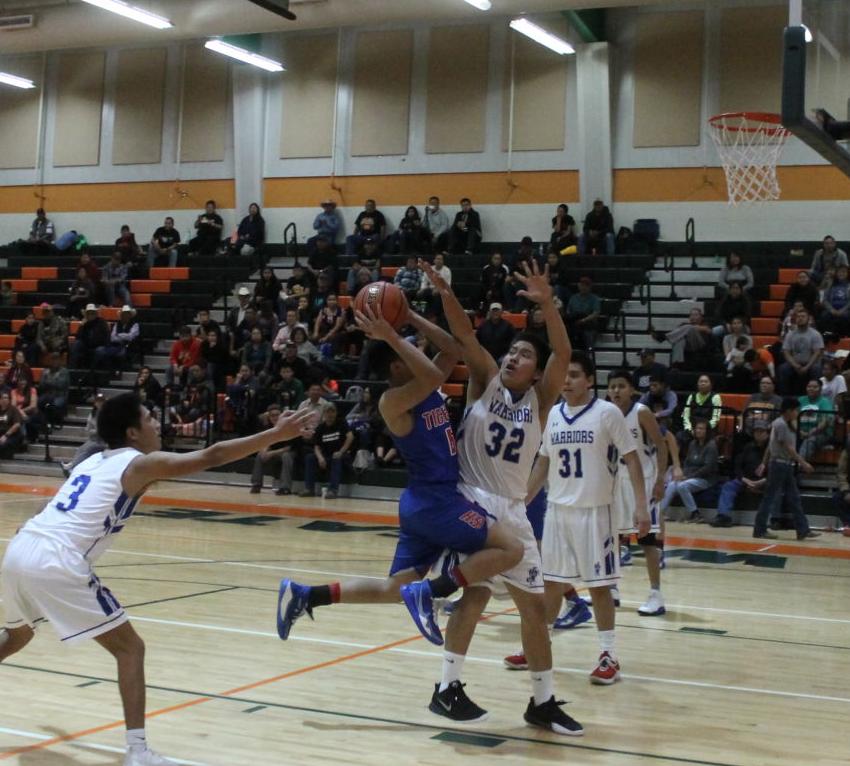 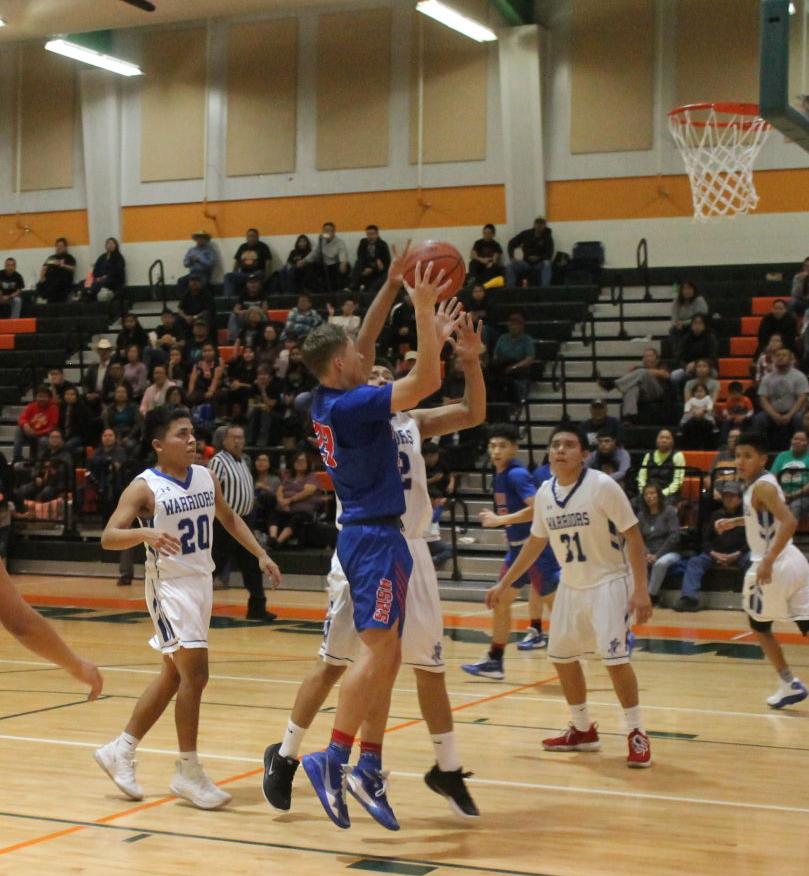 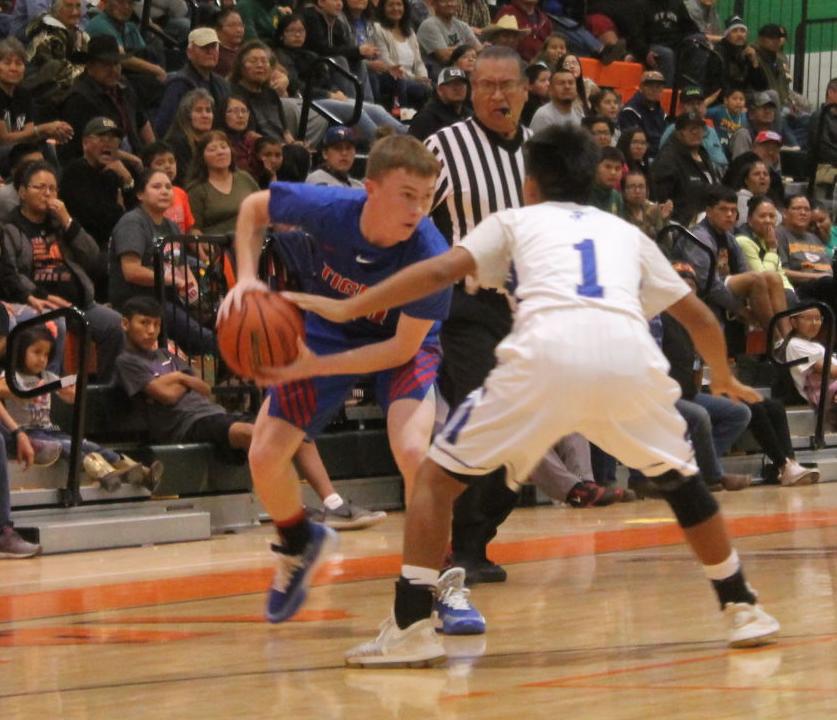 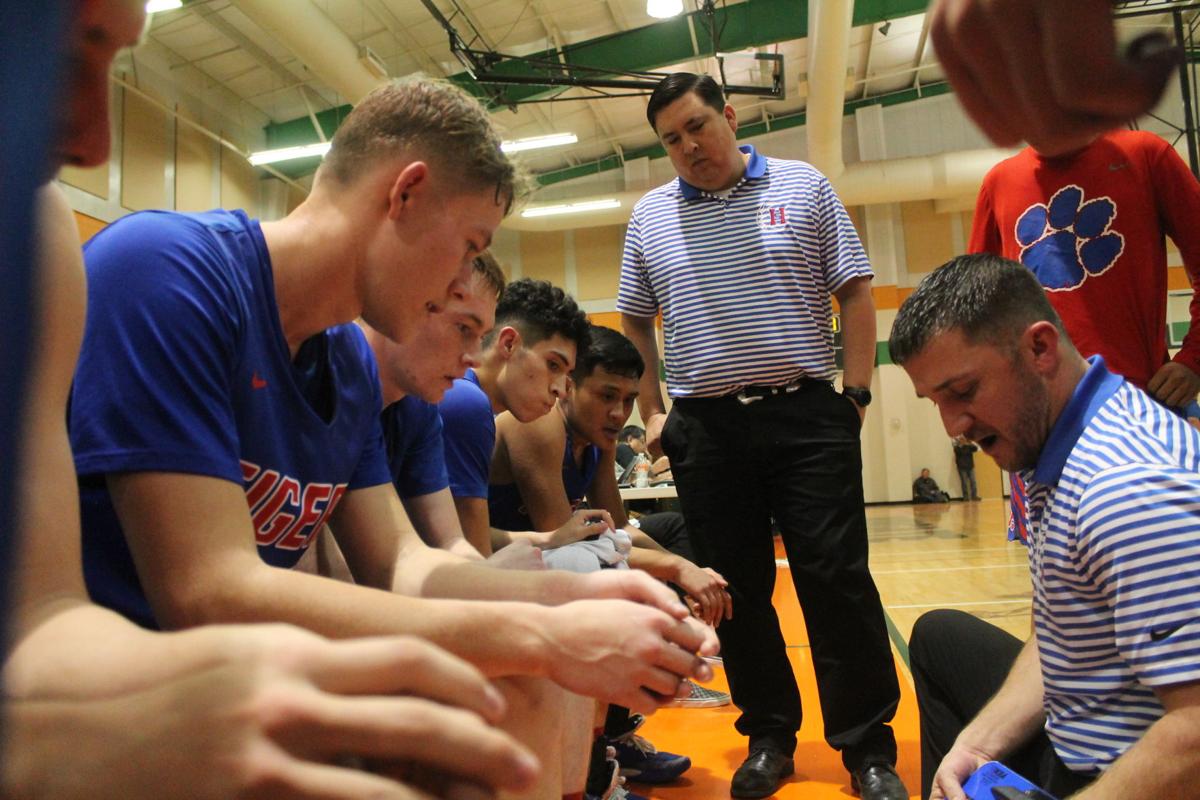 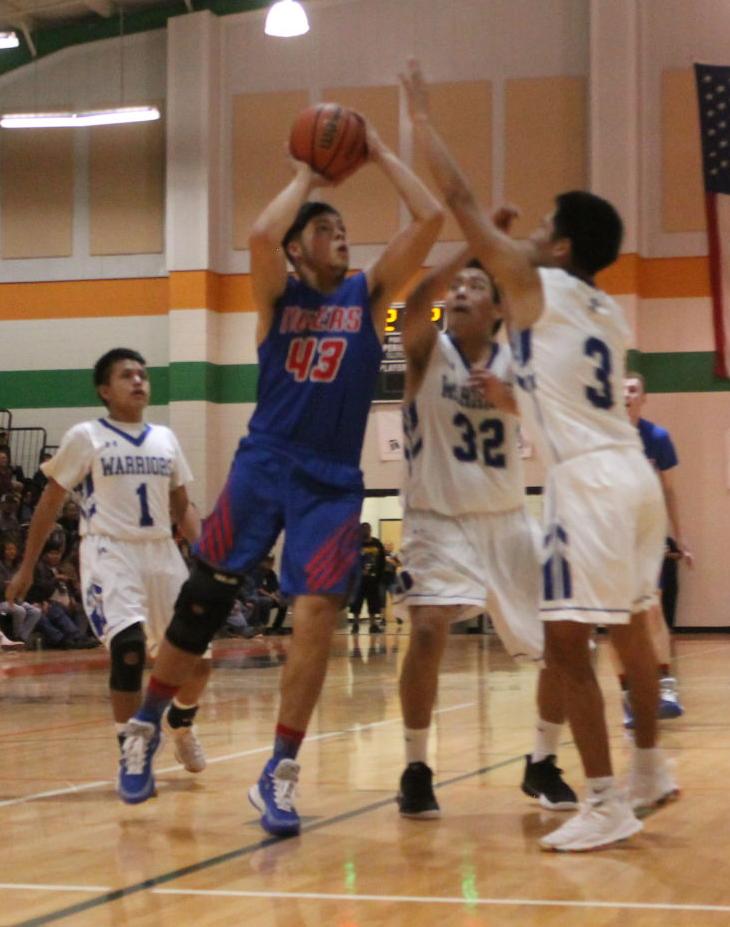 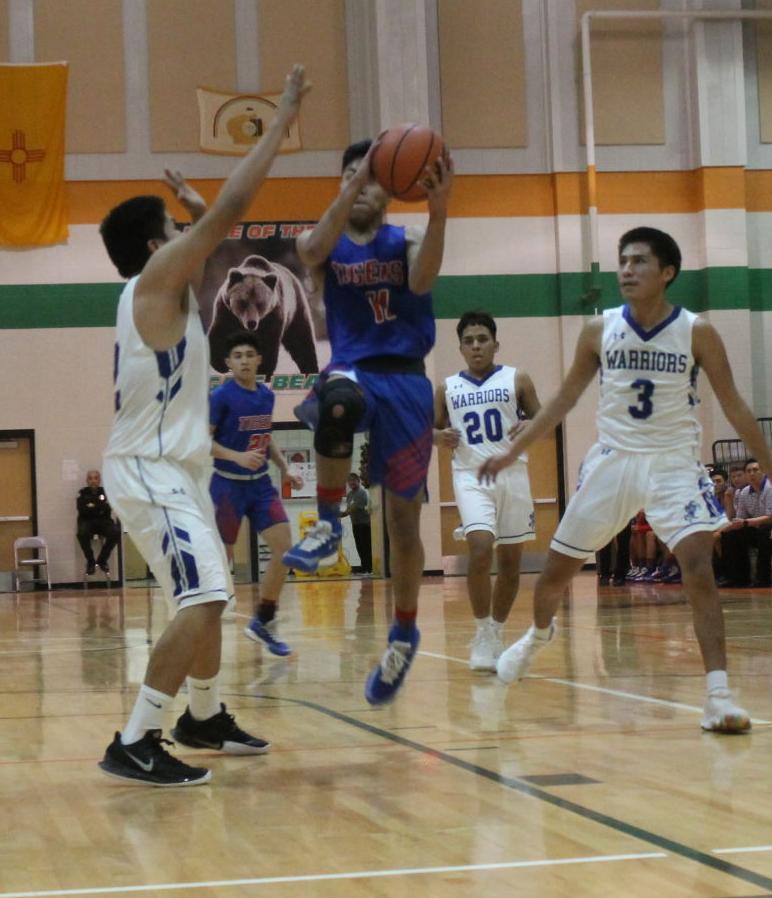 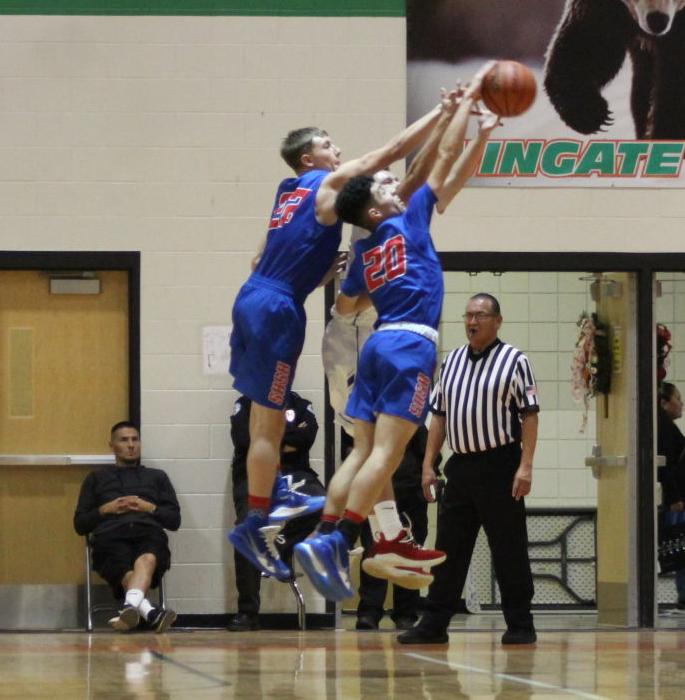 Tiger guard Nathan Salcido works inside, putting up two of his 14 points in the Wingate Tournament championship game, December 14.

The drought is over. With their seventh straight appearance at the Wingate Holiday Classic Basketball Tournament, December 12-14, the Tiger's boys varsity came home with their first championship.

Following up their Thursday, 53-26 win over Zuni on by defeating Thoreau, 72-50 on Friday, they advanced to the championship game, against Navajo Pine Saturday afternoon. In a hard fought final, the Tigers dominated in the end, with the scoreboard showing the Tigers up at the end, 61-47.

The game lead bounced back and forth, with neither team putting more than two points between them. a pair of buckets by Juan Avalos let the Tigers head to the locker room at the half, still holding a two point lead.

The third quarter belonged to the Tigers. Putting up 13 points and holding their opponents to just five. Two baskets by James Childress led the way, with Lukman, Whitehead, Salcido and Aljon Pinili all chipping in points.

The Tigers expanded the lead in the final quarter, putting up 20 points, 12 from the line while Navajo Pine managed 16.

Along with the championship. the Tigers Nathan Salcido was named tournament MVP, recognizing not only his offensive output but also his defensive prowess. Joining him at center court in end of tournament ceremonies were Tiger guards Verrels Lukman, Coltin Whitehead and Aljon Pnili, who were named All-Tournament.

A few clouds. Low near 35F. Winds light and variable.