$49.00 for 365 days
Get Started
You are the owner of this article.
Edit Article Add New Article
You have permission to edit this article.
Edit
Home
Radio
News
Sports
The TorCh
Videos
Veteran's Tribute
Calendar
Obituaries
Photo Galleries
Announcements
Classifieds
Share This
1 of 4 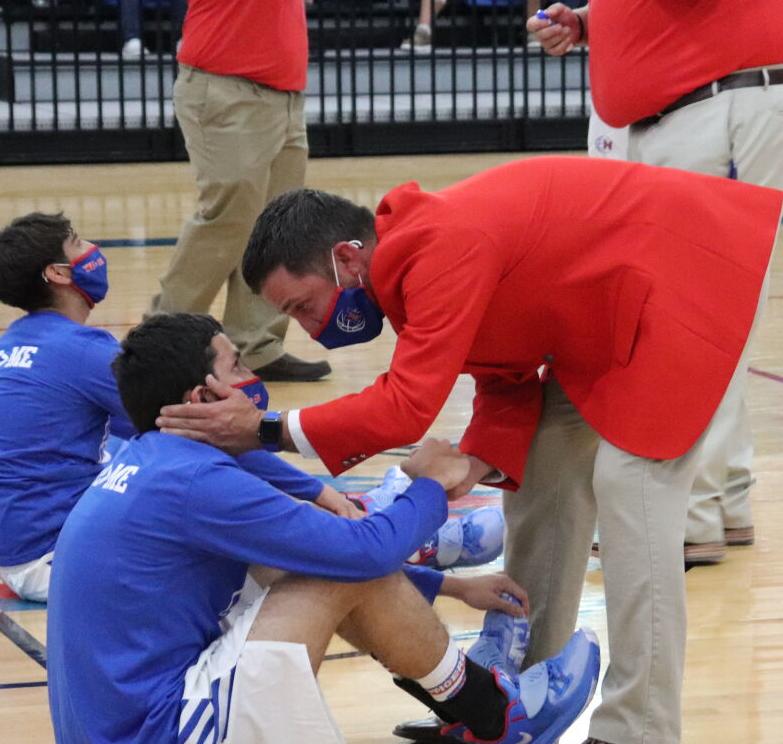 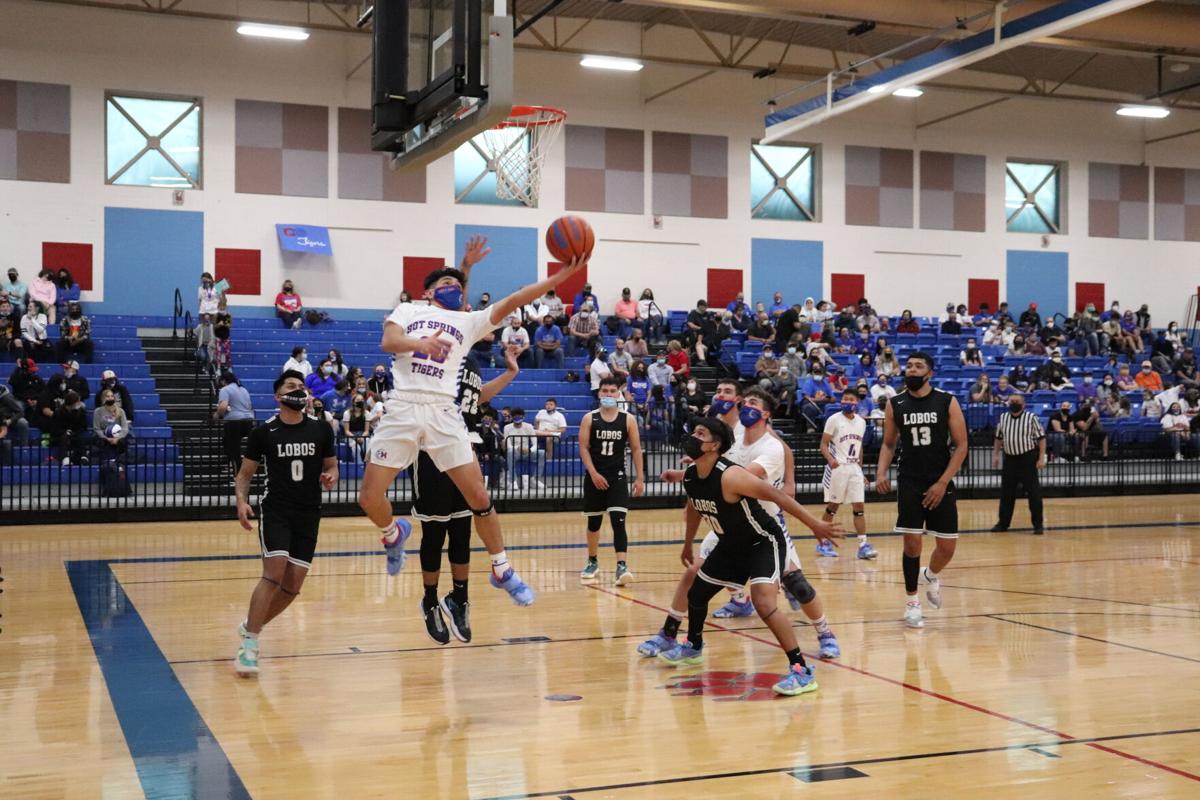 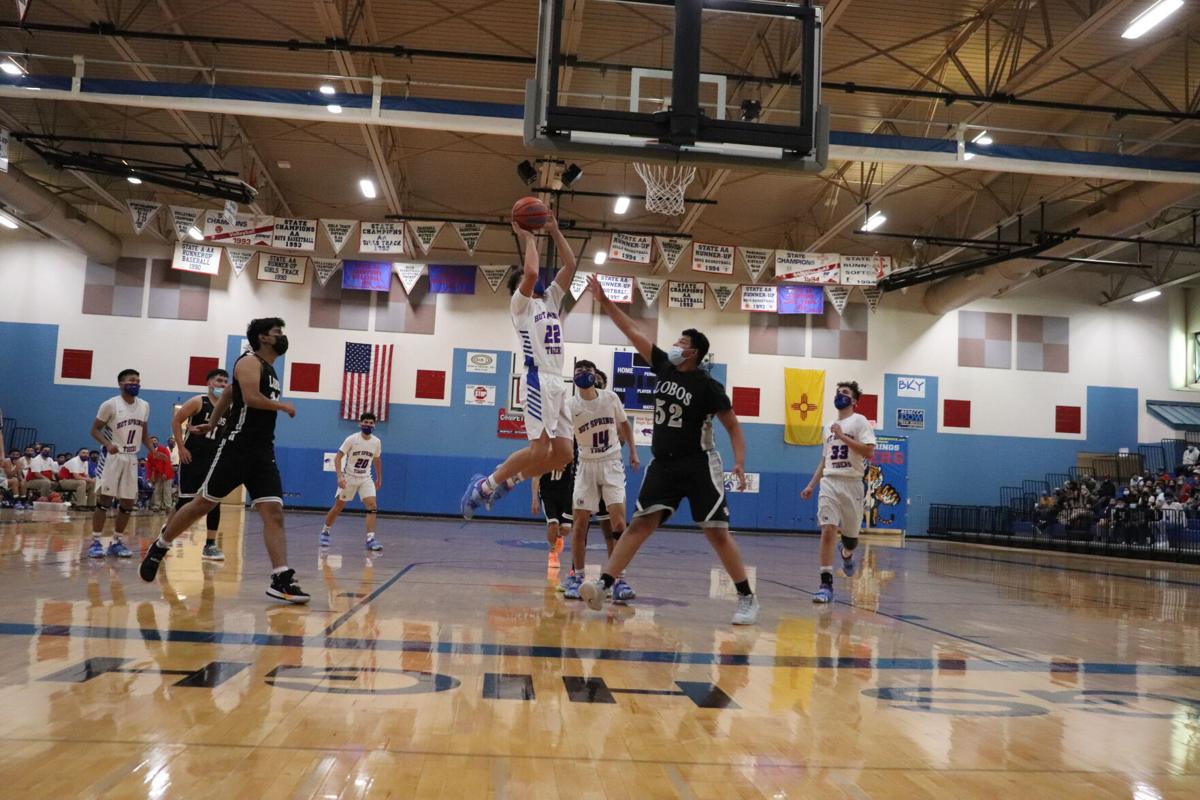 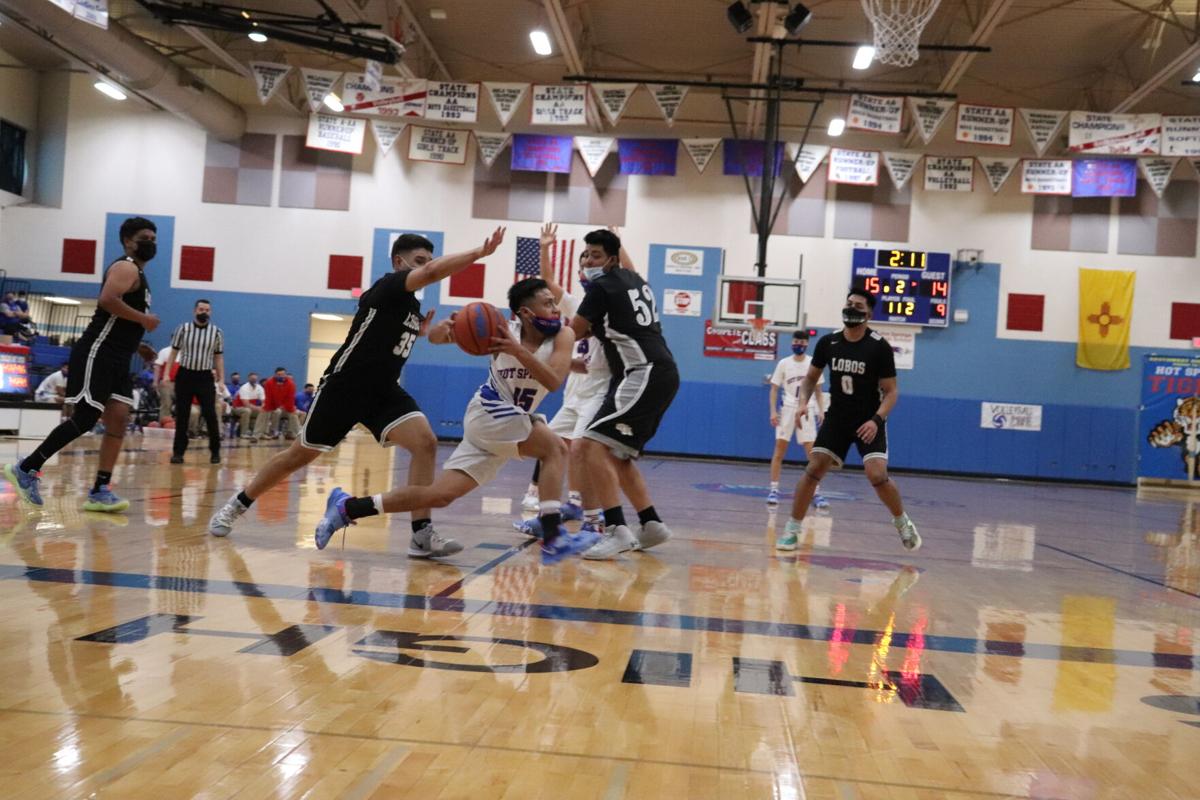 Though things looked a little different this season of hoops action, the 43-39 win the Tigers put together over Chaparral on Tuesday gave the fans in the stands something familiar, a Tiger victory. The win was all the sweeter as the visitors had been a bit of a goathead in the shoe of the Tigers over the past couple years. But on a night when it took a couple of quarters to get down to business, and in a tight fought contest, the Tigers defended their Den, before a roaring crowd of fans.

There was no jump ball to start the game. In a game where athletes battle it out in close proximity, especially in the paint, a jump ball was inexplicably seen as an unsafe pandemic practice. Oh well. It didn’t really effect the course of competition in the Tiger’s home opener, or the outcome.

The visitors struck first, 30 seconds in, with a three-pointer, one of nine they rained down on us, with two thirds of their points coming from beyond the arc. There the score stood, 0-3 for the first four minutes of action. It wasn’t until Tiger point guard Verrels Lukman was fouled on a drive to the hoop and sent to the line, splitting the pair, that the Tigers got on the board.

For a couple minutes that single lonely single point was it for our side, before Lukman connected again for two. The only other Tiger points in the uncharacteristic low-scoring first quarter were when Freshman Dominc Padilla drained two from the line for his very first varsity basketball points. At the end of the first quarter the Tigers were down, 5-9.

A minute into the second, Aljon Pinili drove through heavy traffic under the hoop to lay it in for two. Next up, Colton Montoya tied things up, 9-9, battling with defenders down low and dropping it in for two more. A jumper from way out on the wing by Salcido, his first of the game high 13 points, put the Tigers ahead.

Halfway through the second, at 13-9 the Tigers had a lead, but couldn’t widen the gap until after the break. In a seesaw battle, the gap never got much wider, staying nail bitingly close throughout. When the teams retired to their locker rooms to talk things over, the Tigers were looking at the wrong side of a 17-18 scoreboard.

After playing 'like a robot' in 2020, Husker OLB Pheldarius Payne feels he's ready for a jump

A look at the nine (well, maybe 10) OLs in Austin's top group and how the puzzle pieces fit

It took the Tigers a little bit of real court time to get a rhythm going, like about a quarter and a half. But once the dust was brushed off, they found their fire and found their shots and got down to the business of playing their game.

The visitors built a 17-23 lead a couple minutes into the third, which has traditionally been Tiger’s Quarter, before the Tiger D buckled down, and they started chipping away at it.

A Pinili three from WAY downtown brought the Tigers to within one, at 22-23. Then a Colton Montoya two on a put-back pushed the Tigers ahead, keeping the lead until midway through the fourth, when they fell behind by two, for about 20 seconds when a Ruben Garcia two tied it back up and Salcido jumper gave them the lead. Steals and picked off passes and “don’t let them breathe” Tiger defense is what made the difference.

With under two minutes left in the game, the score was again tied, 39-39.

With just 15 seconds left, and the Tigers holding a narrow 41-39 lead, it was Lukman to the line, to shoot one, and missed. Sent to the line again, with 2 seconds left, he drained them both. Tigers Win.

Next up for the Tiger Boys is a Thursday road trip to Santa Teresa as we go to press. Saturday, April 3 the Tigers Defend the Den against incoming Ruidoso, with JV starting the action at 11 a.m. and Varsity tipping off right after, around 12:30. For upcoming week in all Tiger sports, see listings in this issue.

Some clouds early will give way to generally clear conditions overnight. Low 48F. Winds WNW at 10 to 20 mph.

Some clouds early will give way to generally clear conditions overnight. Low around 45F. Winds NW at 15 to 25 mph. Winds could occasionally gust over 40 mph.