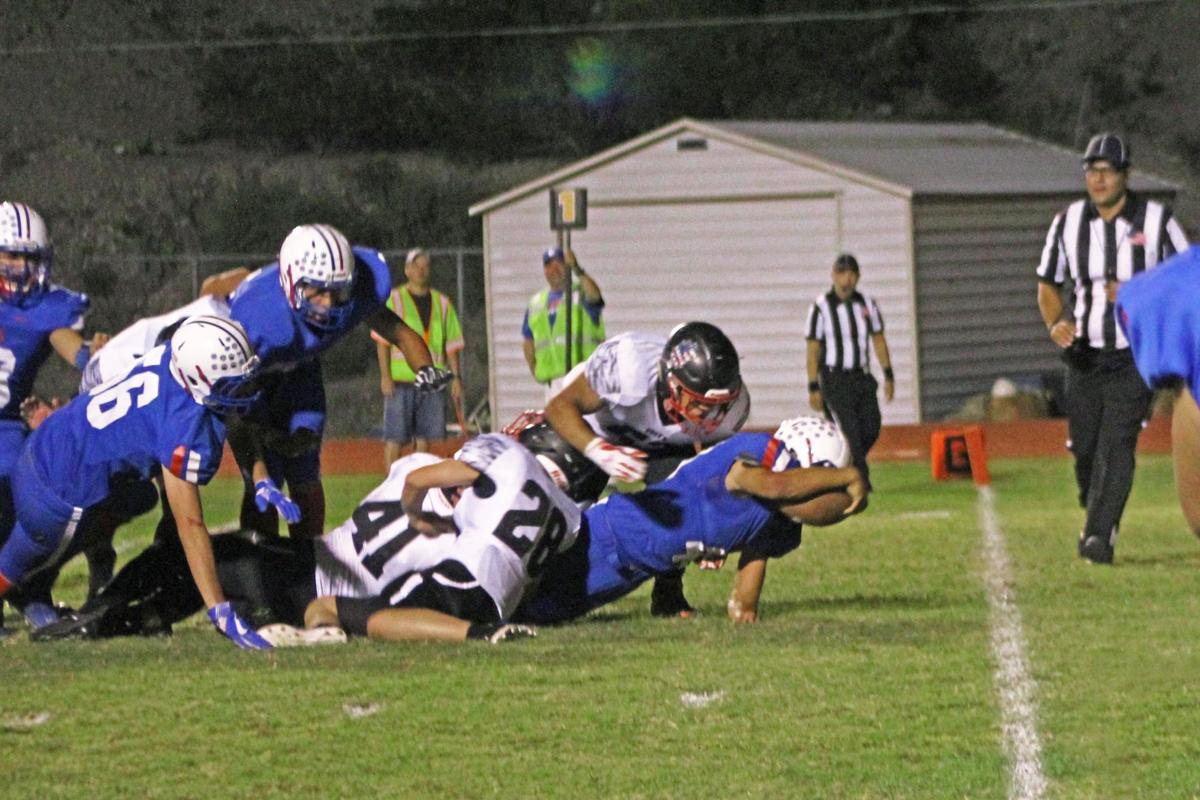 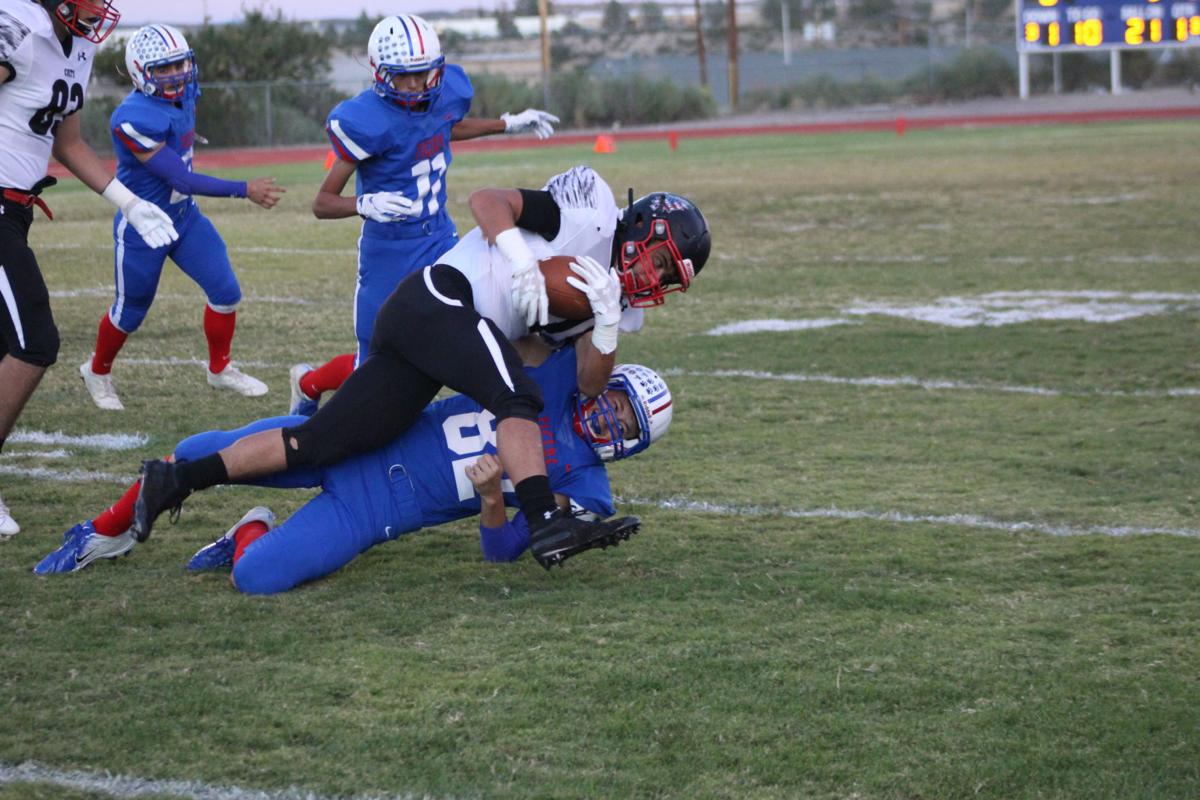 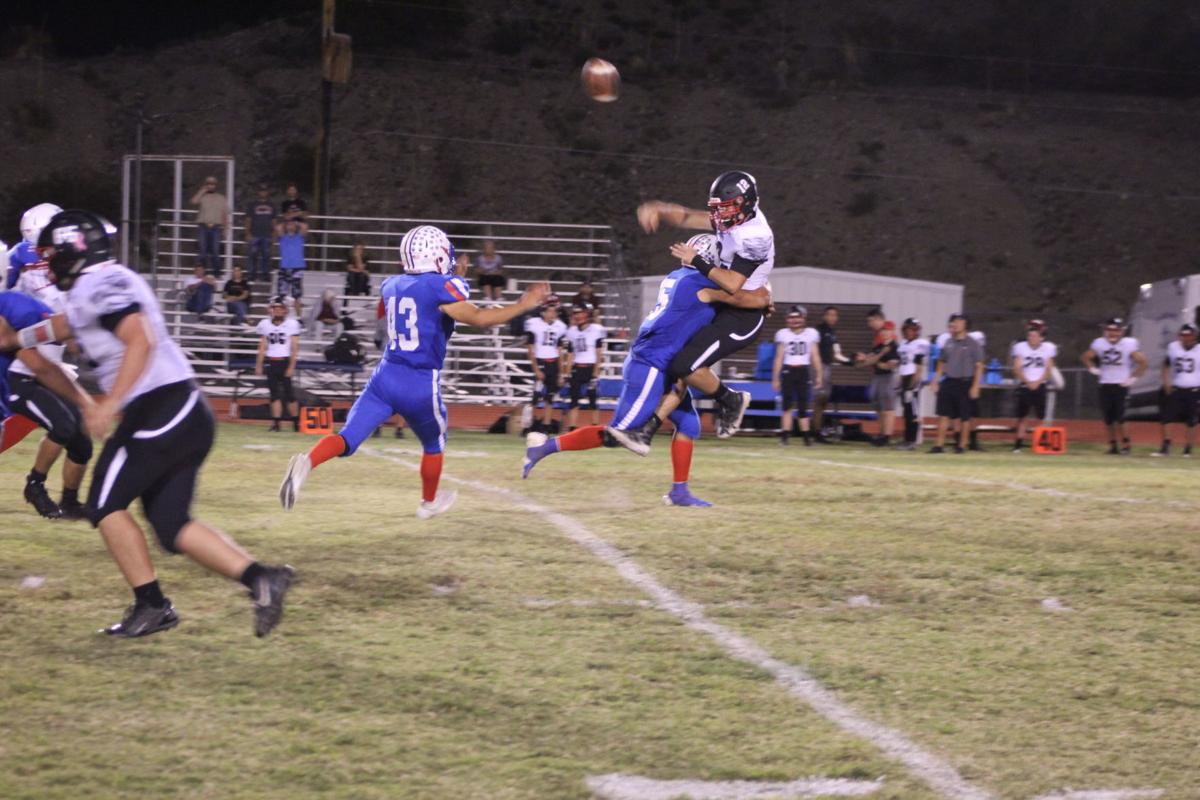 The coin toss was the only thing the Tigers didn’t win when the NMMI Colts came to town for game five of season. The 20-8 victory was over a NMMI team coming into Tiger Stadium ranked number five. It was as decisive, an important win for the Tigers. The game was not as close as the score might make it seem. From beginning to end, the Tigers dominated.

Holding the Colt to mid-field and forcing them to punt on the first possession of the game, the Tigers immediately asserted their dominance. Starting on the 25, the first play, a quarterback keeper, treated the fans to a 46-yard run by Benito “Superman” Villa. Though the possession produced no points, at fourth and ten, on the edge of the Colt’s red zone, the Tigers were confident enough to go for it.

The chance it gave the visitors never mattered. That they were able to bring the ball down inside the Tigers seven-yard line never mattered. The Tiger defense held strong, as it did the entire game. At fourth and ten, on the 10yrd line NMMI was forced to attempt a field goal, which Jesus Gomez promptly blocked for the Tigers.

The first quarter was a defensive battle rather than the seesaw of back and forth scoring that some predicted. In the second quarter, it was Tigers all the way. They were in the red zone so much that they would have had to pay rent if they hadn’t been in their own house. They got two touchdowns out of it. The first was when a Villa pass was caught by James Childress in the end zone for six. The to point conversion failed, but it was Tigers ahead, never to look back.

Late in the first half, a long pass from Villa found Jesus Gomez, who ran it on in for six more Tiger points. This time, Tiger bulldozer, Staten Castillo punched it through for two extra points and the Tigers went into the half, up 14-0.

As the second half started, the Tigers failed to score on their first possession. A pass play on the right side to Devin Gonzales that gave the Tigers 11 yards was negated by losing yards in penalties and the Tigers had to punt.

A beam and all-around victory for Hu, Porter springs first place on vault

As the second half started, the Tigers failed to score on their first possession. A pass play on the right side to Devin Gonzales that gave the Tigers 11 yards was negated by losing yards in penalties and the Tigers had to punt. This set up the first and only NMMI score, as they went in for six points but saw their extra point attempt blocked. At 14-6 early in the third quarter, the visitor’s touchdown only served to fire up the Tiger’s Blue Swarm. After that, no matter how close to the goal line they got, they could not put it in.

Then the Tigers buckled down and pulled away in a series of plays that gave Cameron Zamora the bulk of his 106 yards of offense in the game as well as a touchdown in a red zone pass play.

The fourth quarter was when the Blue Swarm put on a defensive clinic. NMMI held the ball for eight minutes and change on a single possession. They ran six plays from inside the ten-yard line. They could not penetrate the Tiger’s solid blue wall. They went nowhere. Heroes there were in that stand and they all wore the Tigers red, white and blue.

Giving up the ball to the Tigers on downs Villa was forced to do his work from inside the three-yard line. Keeping it on the ground and burning the clock was risky, but it worked. With seven seconds, as he scrambled to run out the clock, he was tackled inside the line and the Tigers gave up a safety, making the final score, 20-8. But really, it was never that close.

Those heroes mentioned a minute ago. Well, they are the Blue Swarm. There were 66 tackles by Tigers, Notably, three solo tackles each by Hopper Madrid and Dawson Gurule and a whopping six by Villa. Two more apiece by Castillo and Gomez, but everyone was getting into the act. If it wasn’t Gurule and Josmar Avalos taking down the quarterback it was Nick McIlrath and Josiah Tidwell, or Zamora and Castillo sacking the quarterback. Gurule also picked off a NMMI pass for the only Tiger’s interception. In all the Tigers forced the Colts to give up 26 yards on tackles.

The Tigers only weak point was penalties, where they had eight flags thrown against them, at a cost of 61 yards. Thing is, it had no impact on the outcome, and it was Tigers celebrating at the end, and going up to Moriarty this Friday, with a winning record and ranked number eight in the state.