$49.00 for 365 days
Get Started
You are the owner of this article.
Edit Article Add New Article
You have permission to edit this article.
Edit
Home
Radio
News
Sports
The TorCh
Videos
Veteran's Tribute
Calendar
Obituaries
Photo Galleries
Announcements
Classifieds
Share This
1 of 14 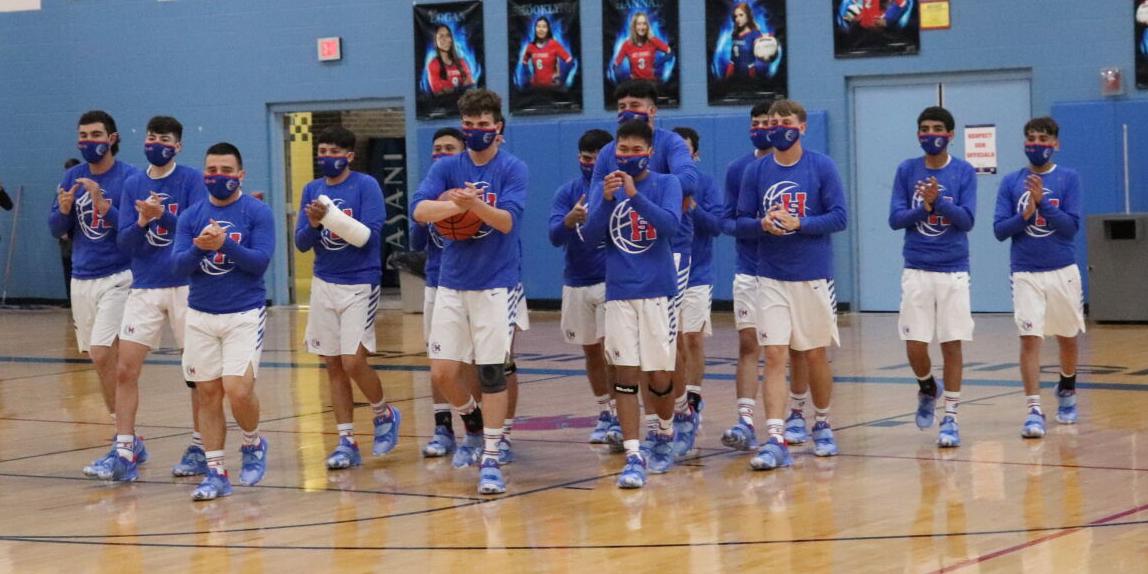 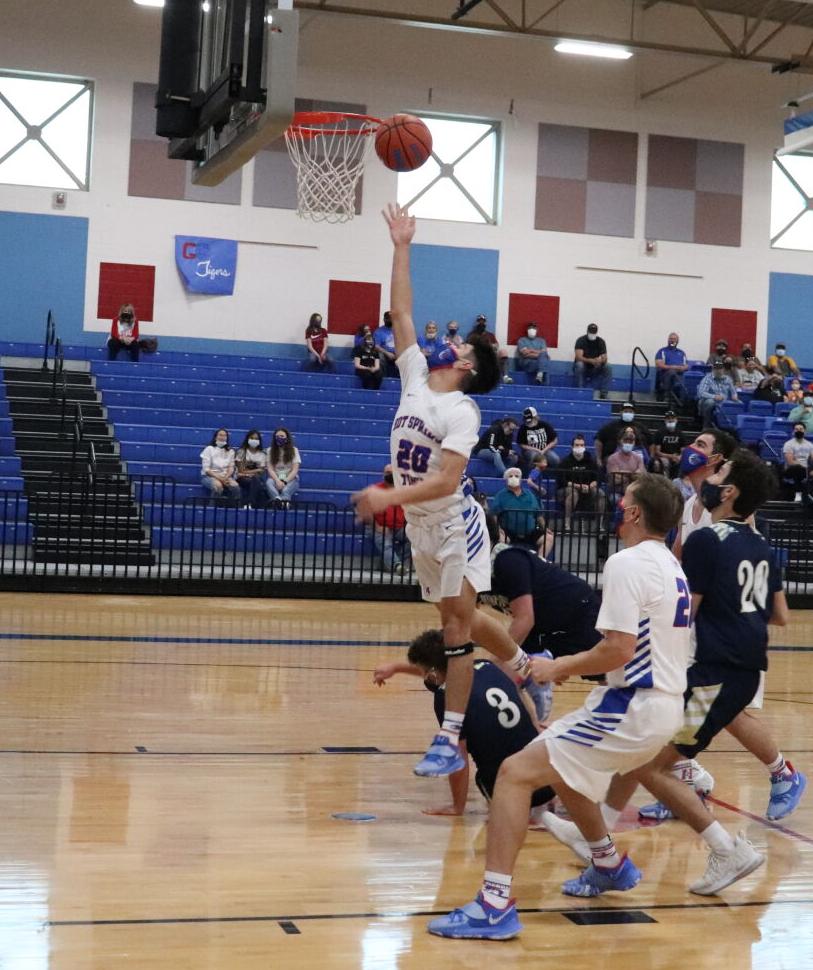 Salcido drives to the hoop for two. 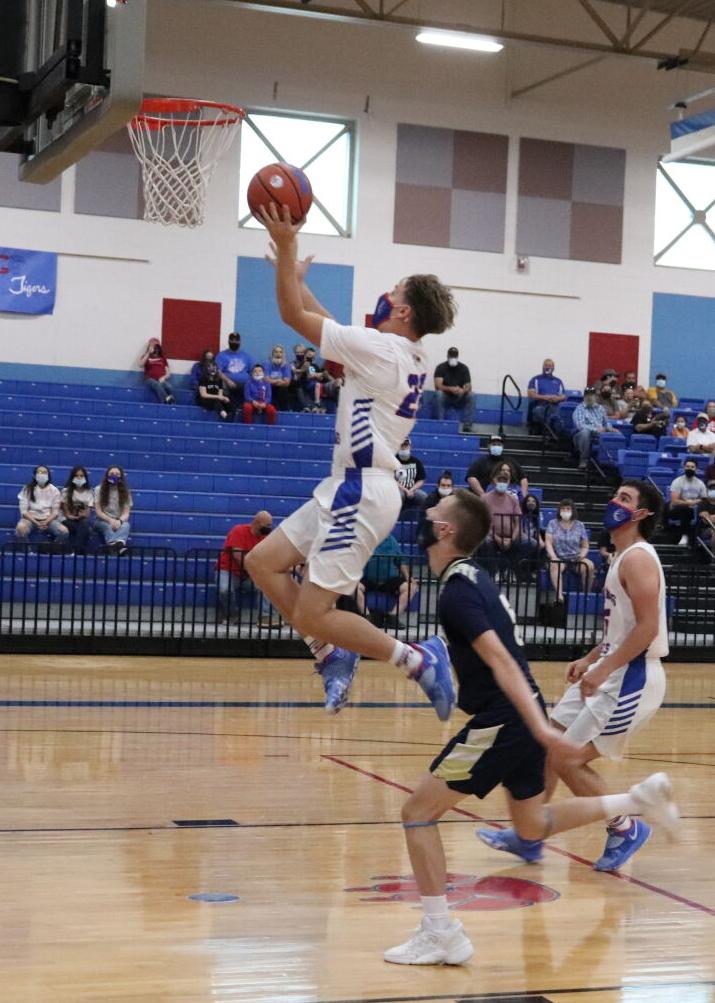 Gossett flies high and takes it to the hole. 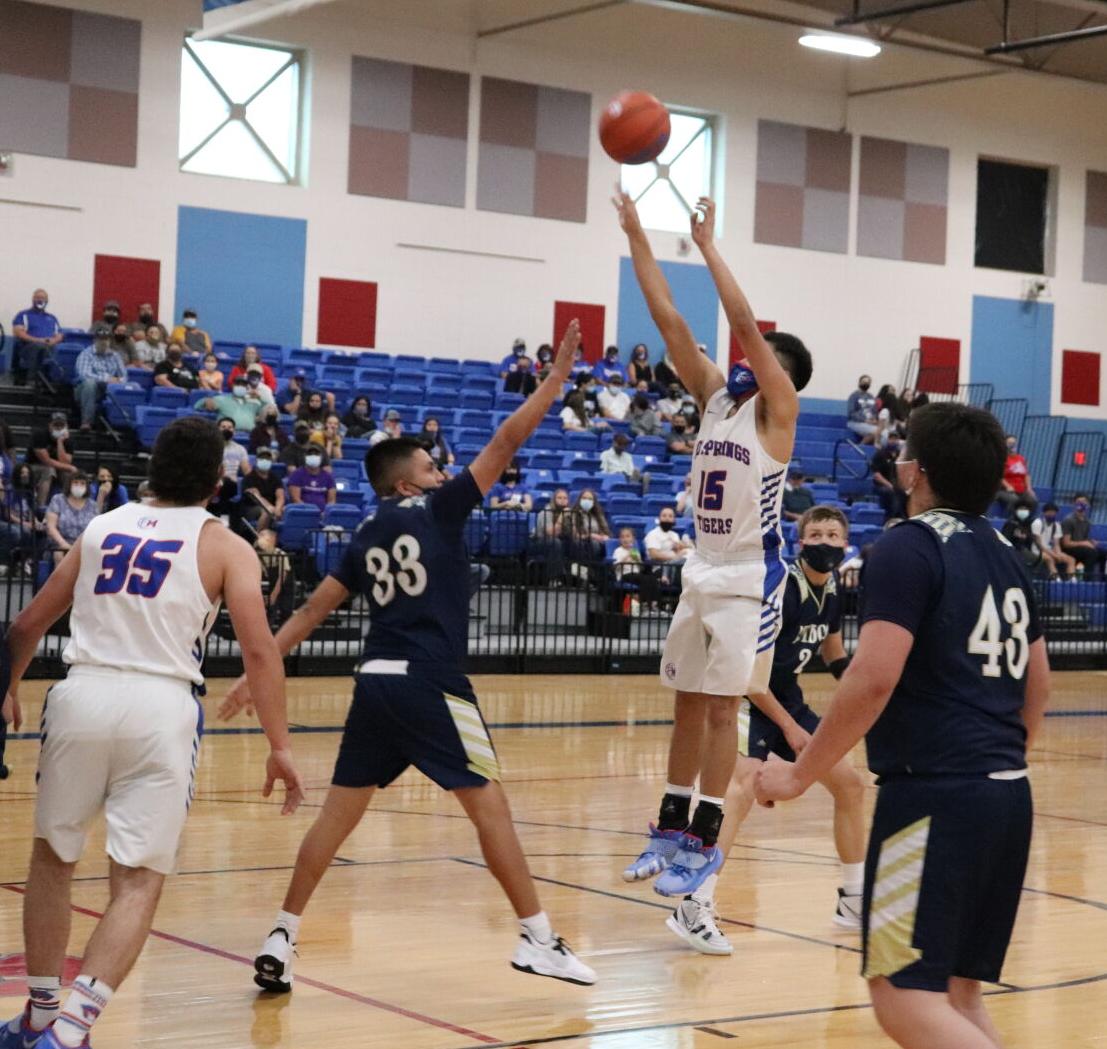 Ruidoso had no answer for Lukman 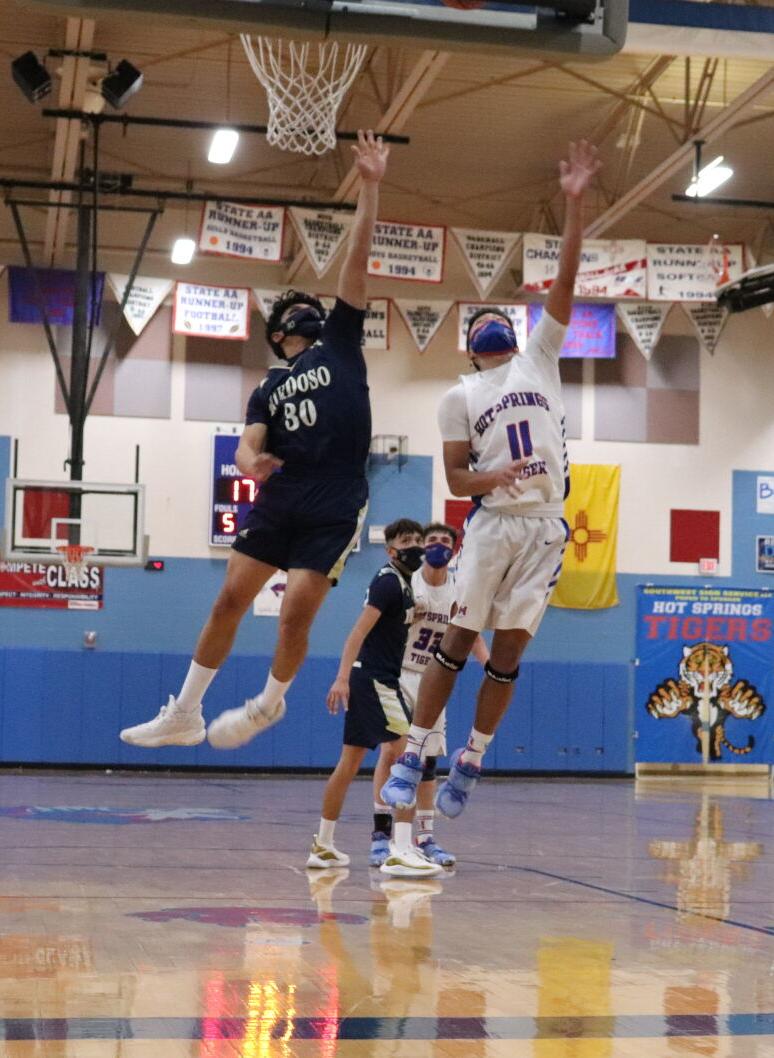 Pinili puts two on the board 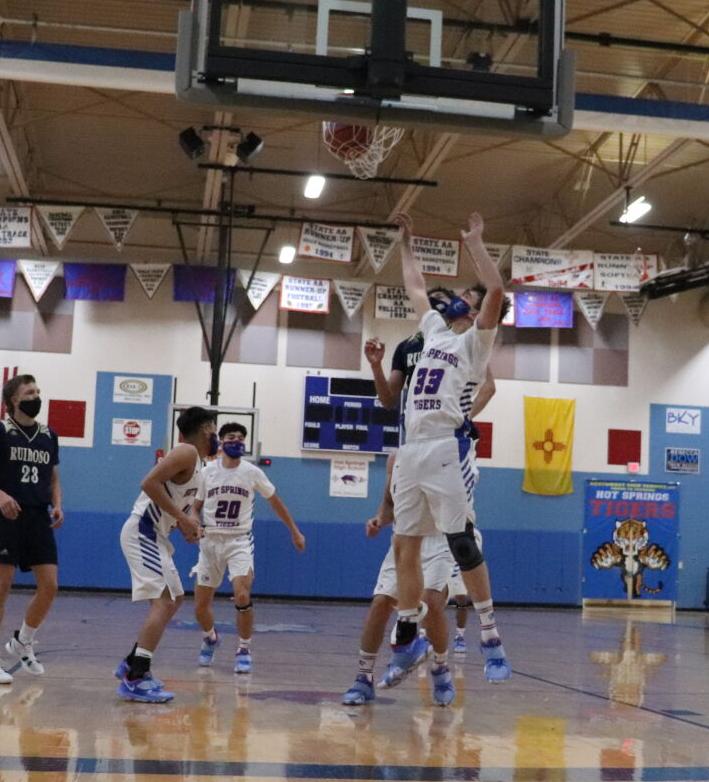 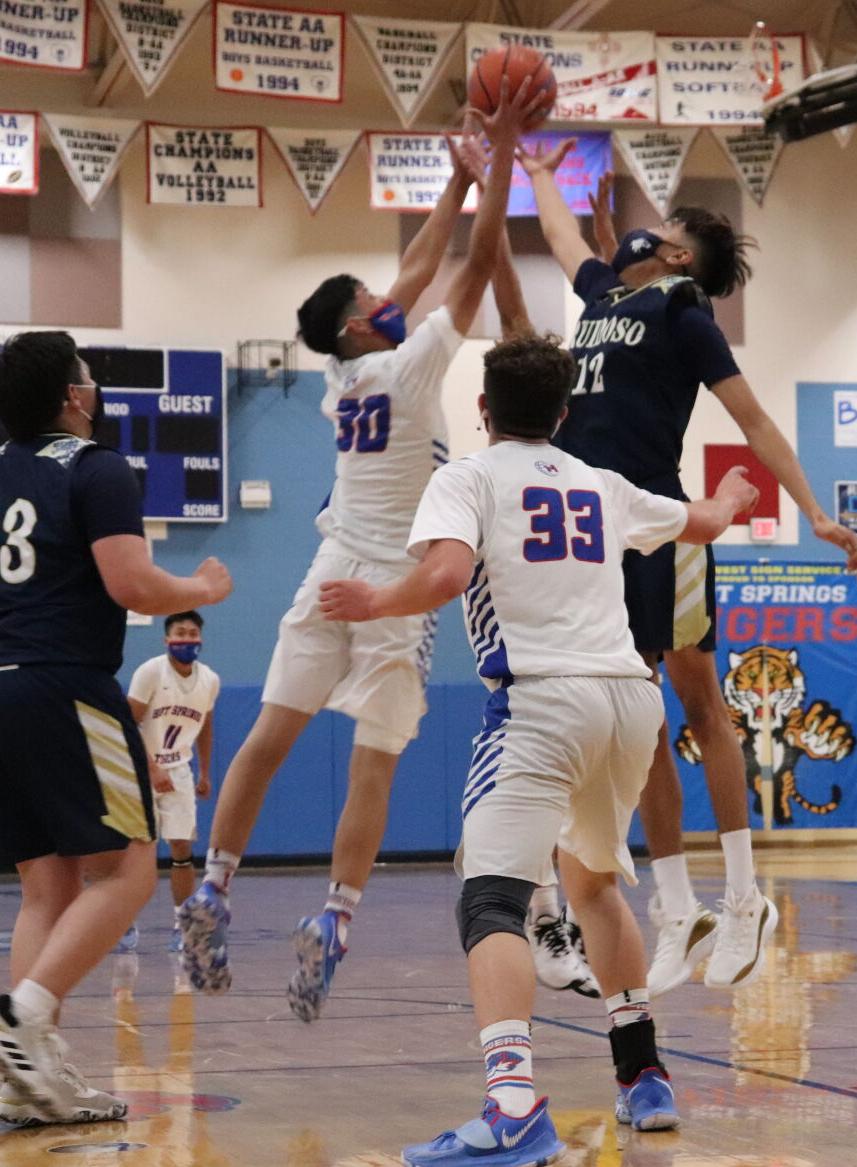 Tigers battle in the paint 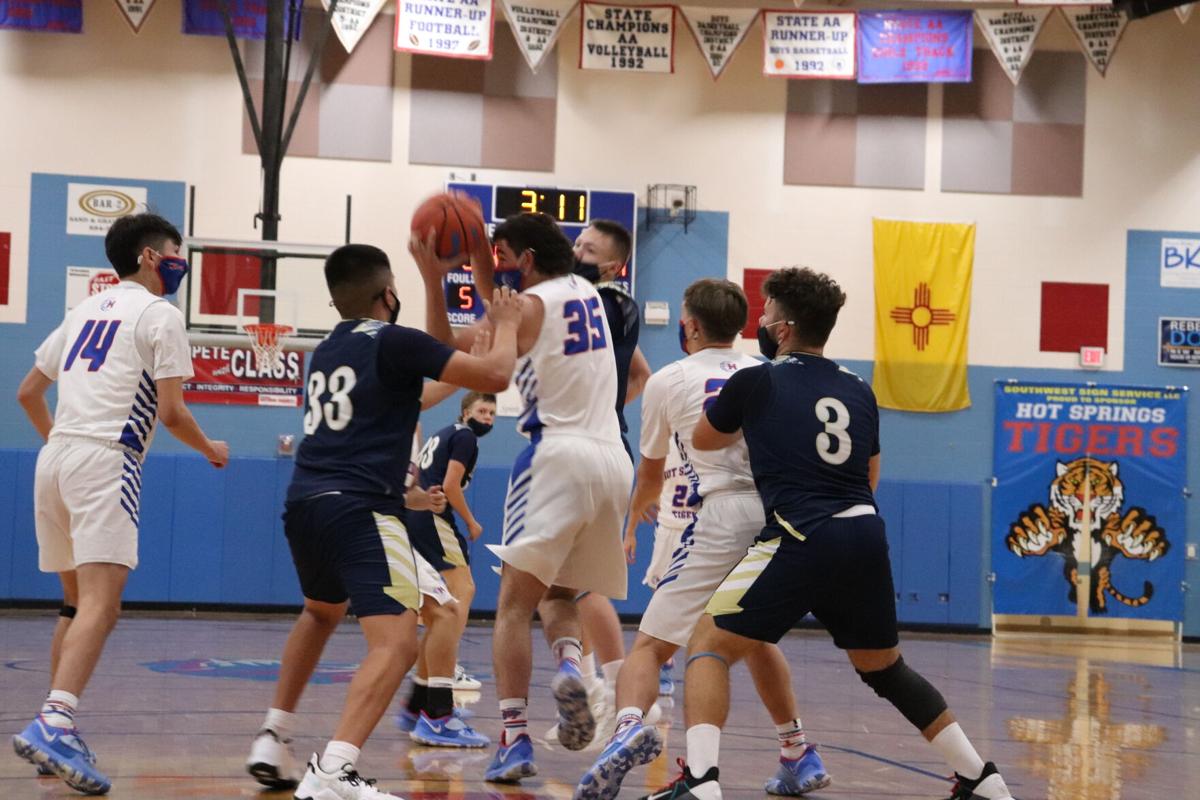 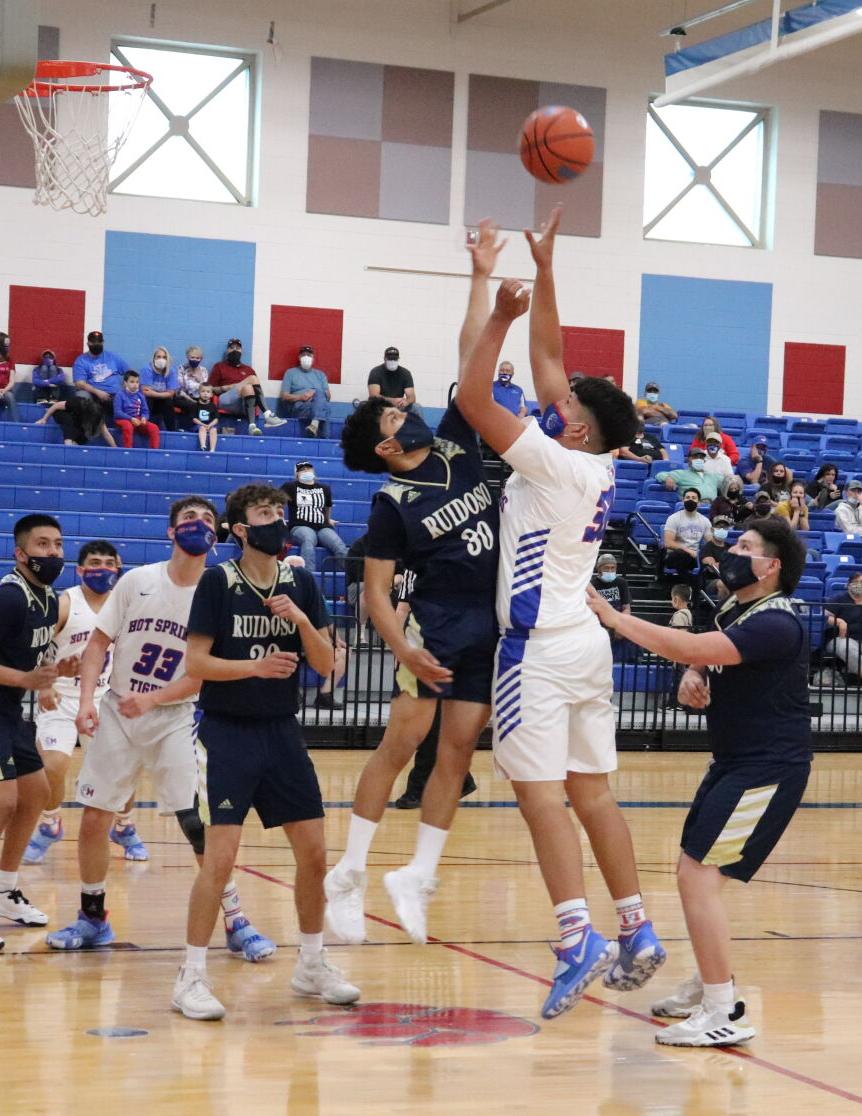 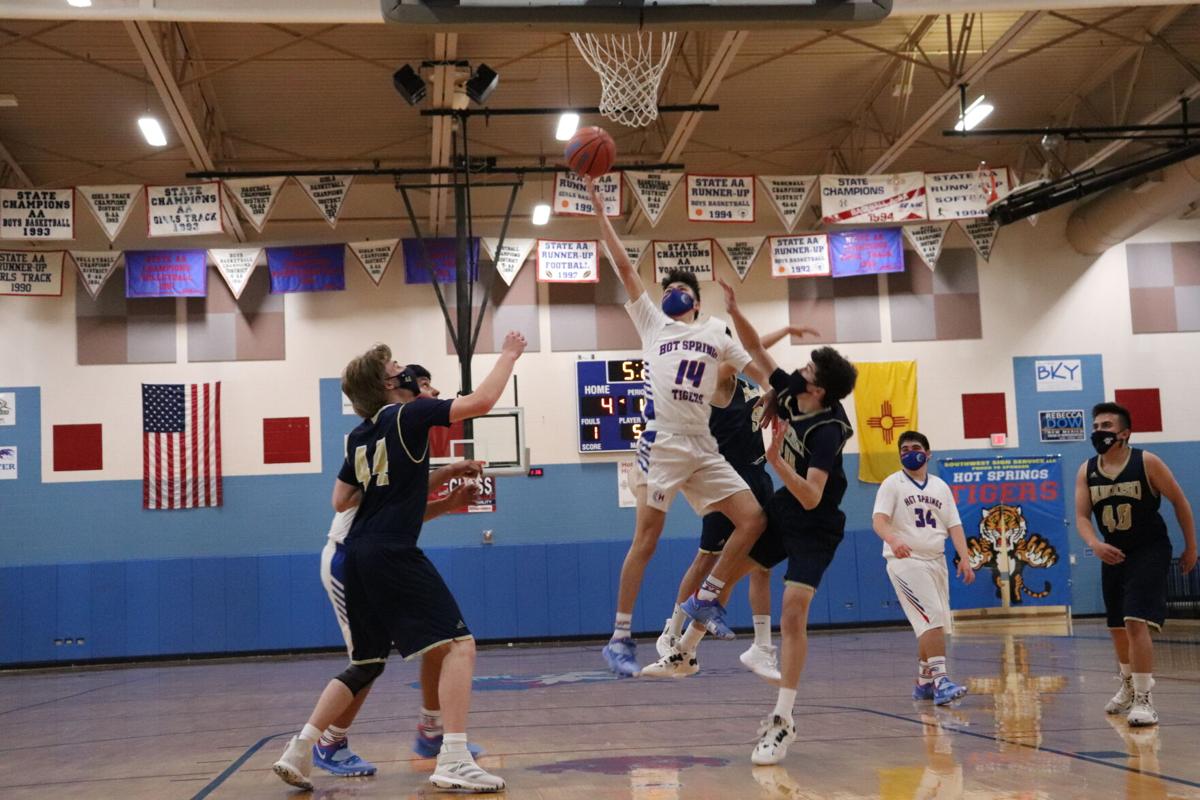 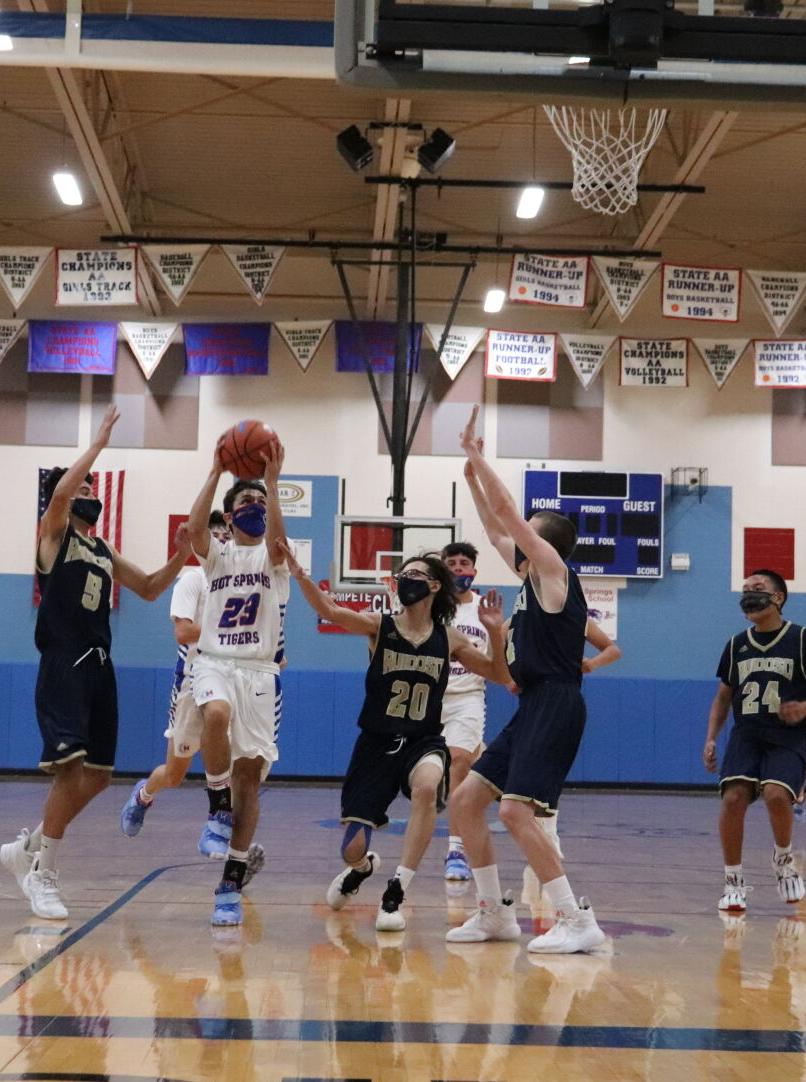 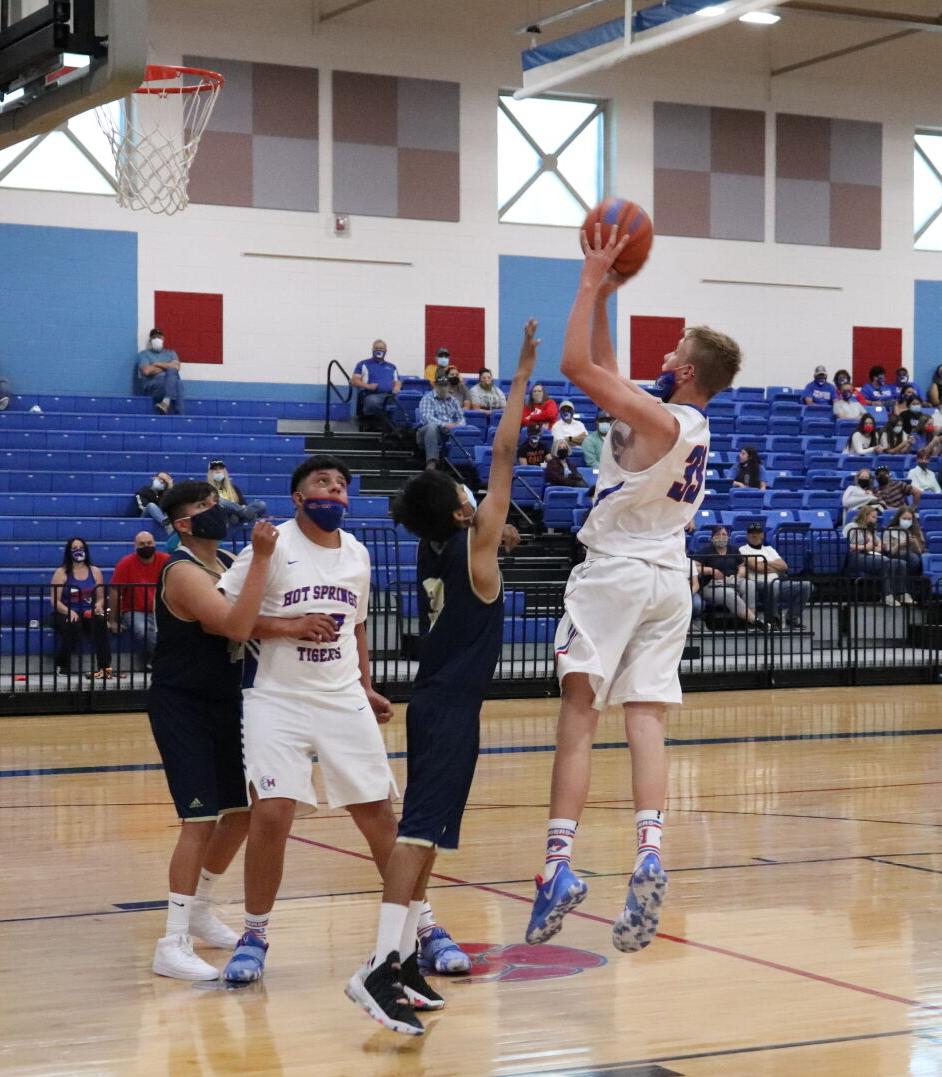 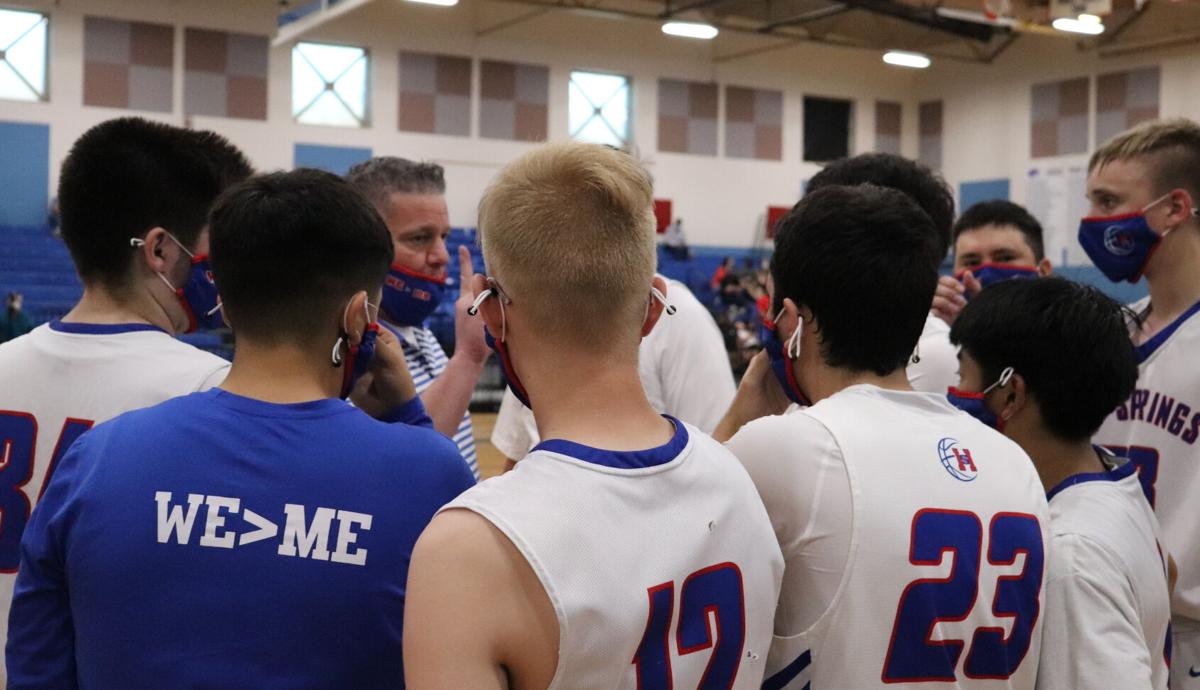 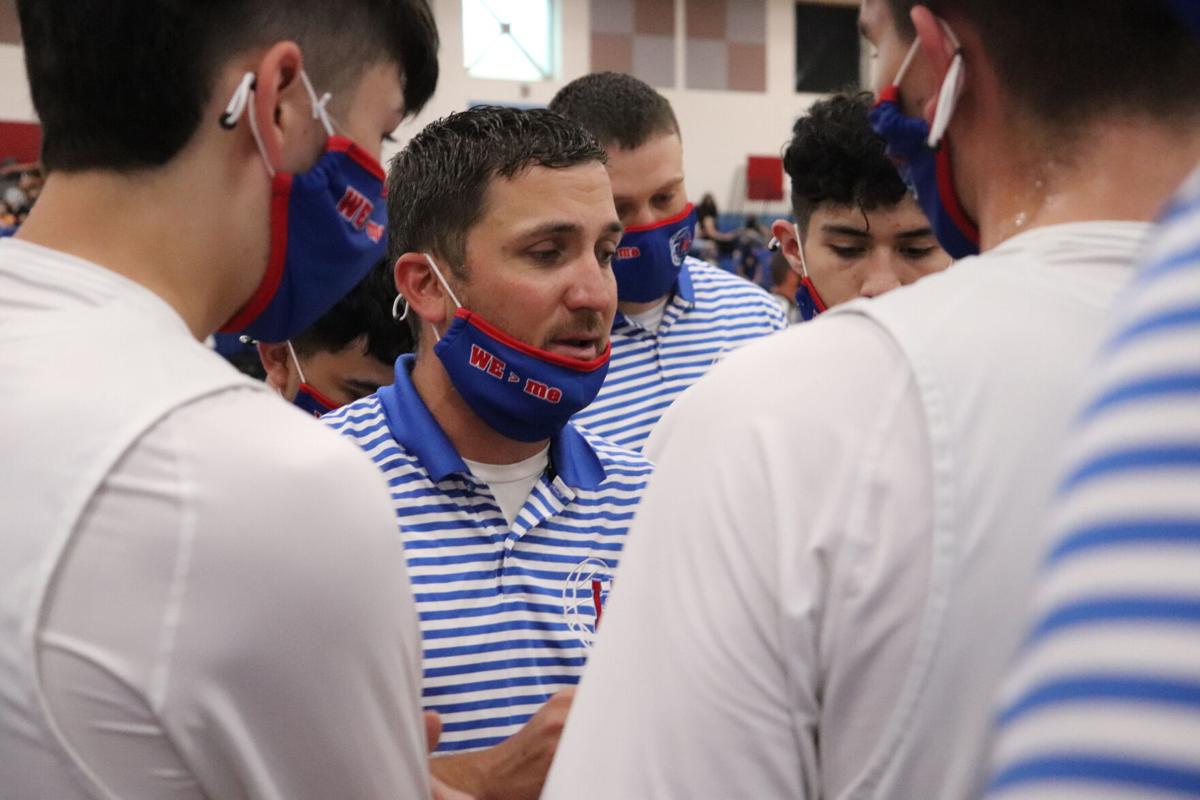 Salcido drives to the hoop for two.

Gossett flies high and takes it to the hole.

Ruidoso had no answer for Lukman

Pinili puts two on the board

Tigers battle in the paint

The Tiger's boys basketball team pushed their record to 3-0 in a week of competition both at home and on the road. The thrilling and overwhelming 62-27 victory Saturday afternoon over visiting Ruidoso left athletes and fans both hungry for more.

The team took a few minutes to get into gear, something they will no doubt be working on, having fallen behind 12-0, at two minutes and change into the first quarter. If the fans were worried, they were quickly put at ease. While the Tiger's straightjacket defense allowed their guests only two more points until more than halfway through the third, the Tiger offense was just getting warmed up.

A trio of Aljon Pinili threes in the first quarter, along with four from Verrels Lukman, two from the stripe helped even the score quickly. The team's hot hand for the night, Nathan Salcido dropped in two of his game high 14 points in the opening stanza. At the end of the first the Tigers held the lead, 17-12.

With the score standing at 31-14 at the half, the teams retired to the locker rooms to talk things over. The Ruidoso squad might have thought they made some adjustments, but they hadn't counted on one thing. The Third Quarter, which has typically been Tiger Time. While they ultimately gave up seven more points in the third, they added in 23 of their own and it was time to clear the bench in the fourth, giving just about everyone some court time.

The thing about the Tigers is that though they have starters, you can pull them out and put in a fresh load, sort of like putting in another fully loaded magazine into the Tiger arsenal. We'll see if Ruidoso tries to find a different team to go against next season.

Though we're still stating up the game, in all, four Tigers hit double figures in points, Lukman had 13, just one behind Salcido's 14, then Randin Gossett with 12 and Aljon Pinili with 11, Gavin McClintock chipped in another 7. In all, eight Tigers put up points for the team, and everyone on the court was in on numerous steals, blocks, rebounds and assists.

The day's court-fest was started out with the Tiger JV getting into their season, starting it with a 55-35 win in the great JV season opener. As with their Varsity Tiger Brothers, four were in double figures for the contest, Dominic Padilla leading the way with 16, Victor Munoz had 12, Sammy Regalado added in 11 and Ethan Flores knocked down ten. They led throughout, chalking up an incredible 24-4 first quarter to start things out.

The Tigers defend their Den twice next week before going on the road. They welcome Cloudcroft on Tuesday, at 5 p.m. and Magdalena at 6:30 on Friday.

A few clouds from time to time. Gusty winds diminishing after midnight. Low 52F. Winds SW at 20 to 30 mph. Winds could occasionally gust over 40 mph.

Some clouds early will give way to generally clear conditions overnight. Low 44F. WNW winds at 15 to 25 mph, decreasing to 5 to 10 mph. Winds could occasionally gust over 40 mph.