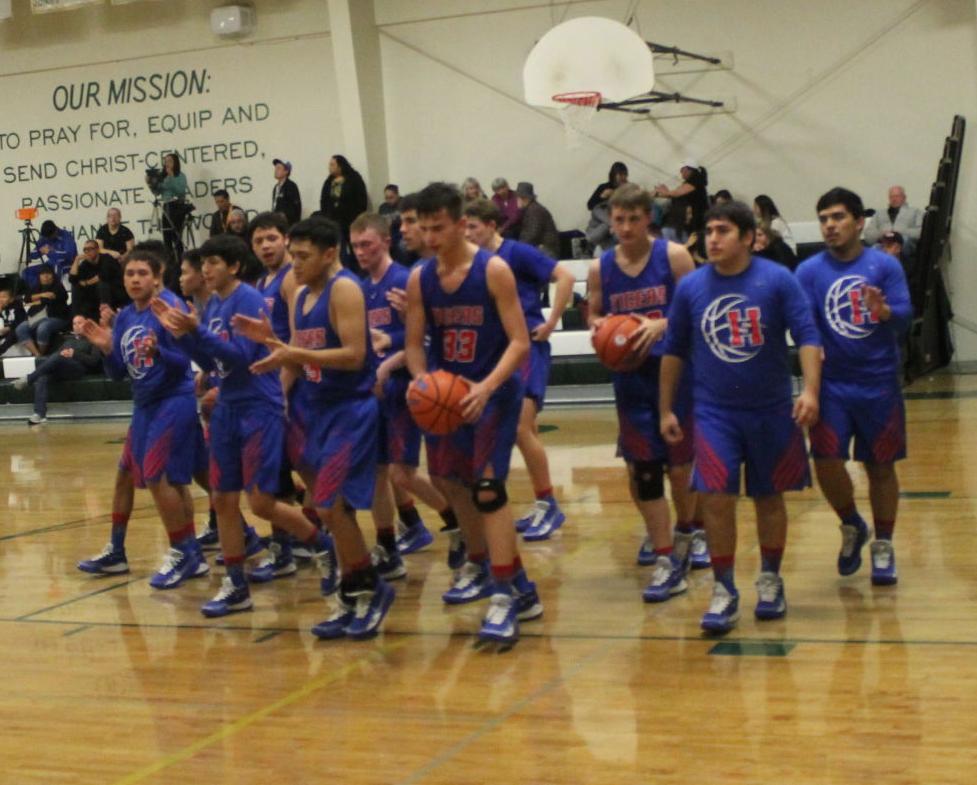 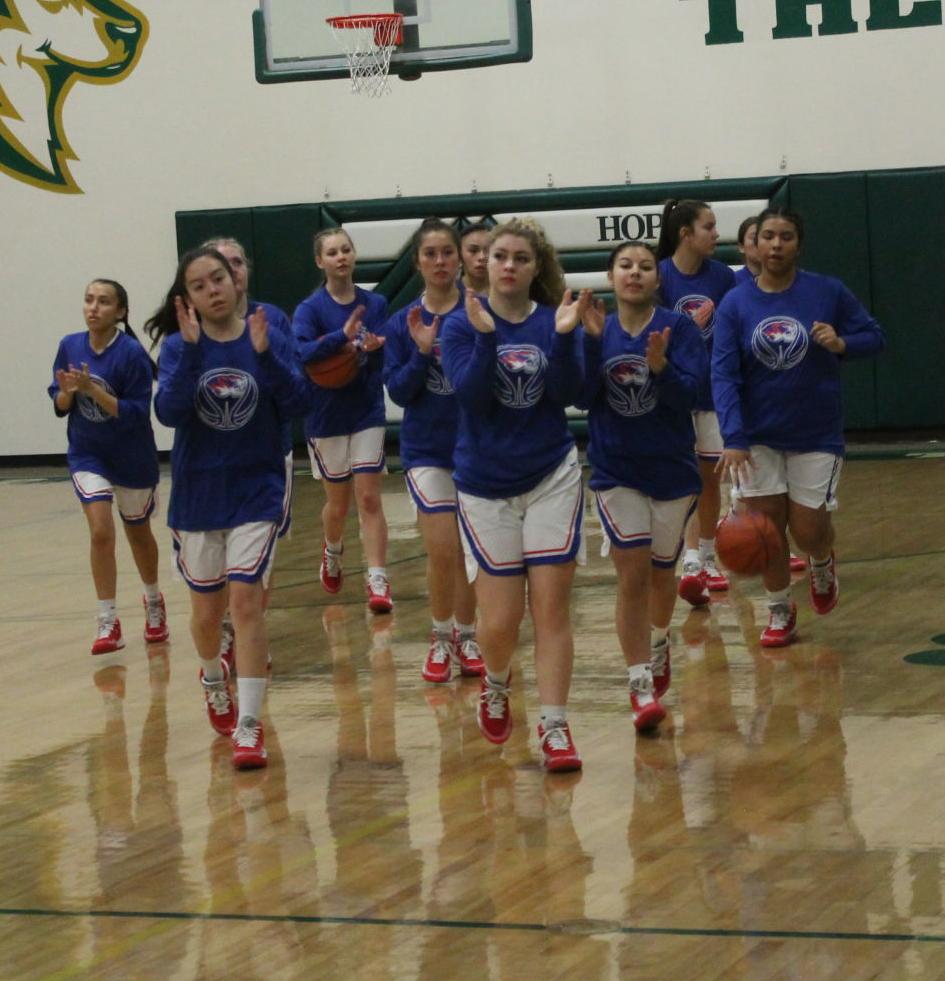 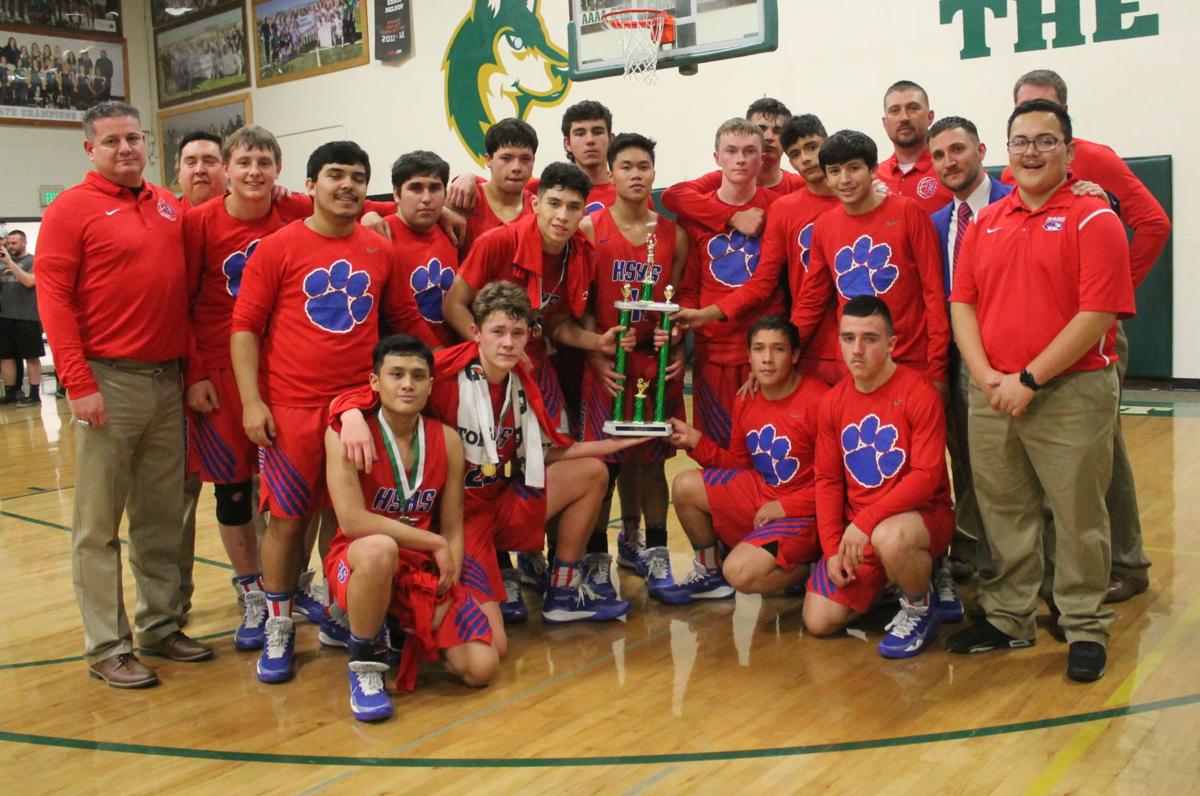 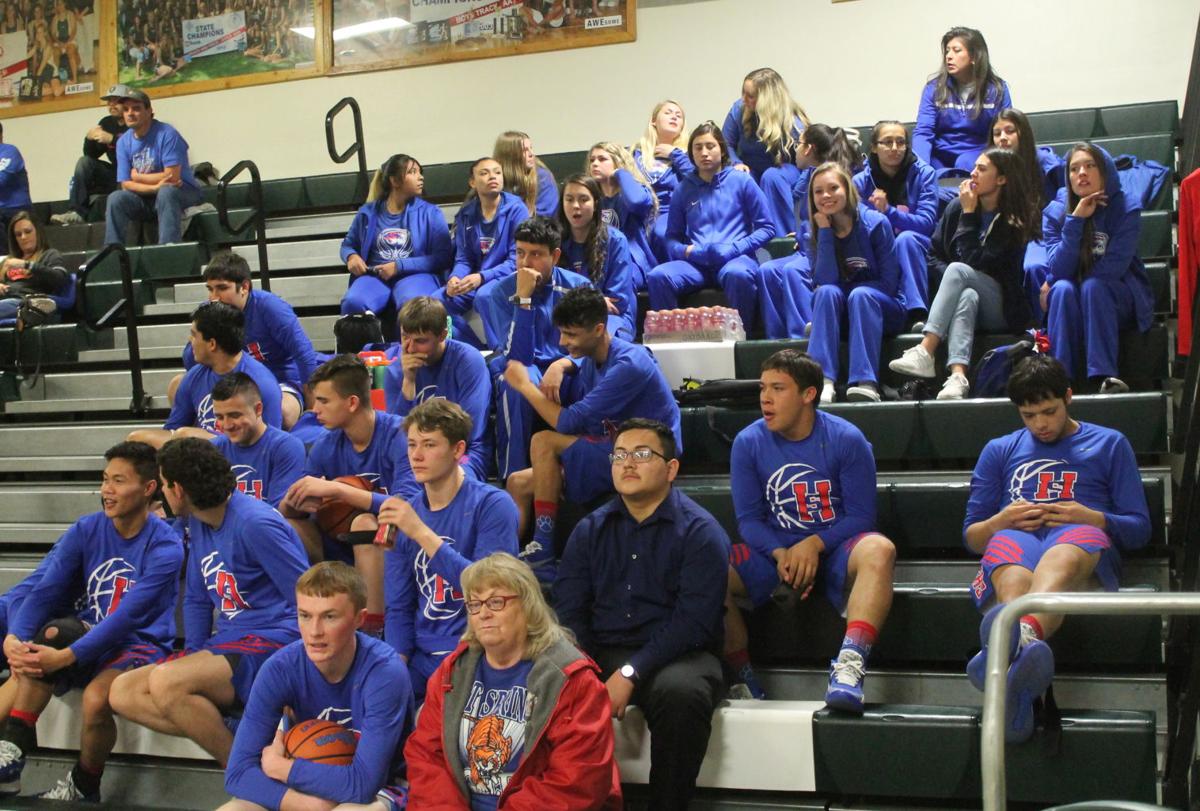 The Tiger varsity basketball teams returned from the Hope Invitational Tournament stronger, smarter and even more unified than before. Though some goals were not realized, the teams enter into the second half of their season with even more dedication and desire to compete and test the limits of what they can achieve.

At the tournament the Tigers teams were there for each other, attending each others games, cheering on their counterparts, and spending important time together off the court as well. They exemplified the spirit of the being one Tiger team, one Tiger family.

The Hope Tournament is one where Tiger teams have traditionally pitted themselves against elite teams from larger, 4A schools. This year saw both the Tiger boys and the Tiger girls make strides.

The Tiger boys' team won their first two games, Thursday and Friday, setting up the championship match with Hope Christian, Saturday night. Defeating Bloomfield 48-42 in round one, and Taos 50-45 in round two, they fell to Hope, 68-54 in the final round.

The boys came home with the second place trophy, where last year they had to settle for the consolation bracket winner's award. Progress made and another step on their epic journey this season, carrying a 15-1 record into the second half of the season. The Tigers took to the court against this elite Hope squad of perennial state championship contenders in the 4A division undaunted, and pushed them to the limit. Through the battle, and the adversity they faced, they return stronger and more determined than ever to push forward in their quest.

While the Tiger girls fell in three of their games, to Hope Christian in round one, 61-38, Taos in the second contest, 58-21 and to Bloomfield in the final game, 71-32, they competed hard, grew and gained strength through the course of  the tournament. For a Tiger team that is still finding itself, improving with solid steps over previous years, going to the tournament to face these teams was an important, bold move.

Now both teams prepare for the final few contests before 3-3A District competition begins at the end of the month. It should be an exciting time for our Tigers.

Watch for followup on the competition and the Tiger teams, here, along with a Tournament Photo Collection, and in the Friday edition of the Sierra County Sentinel.