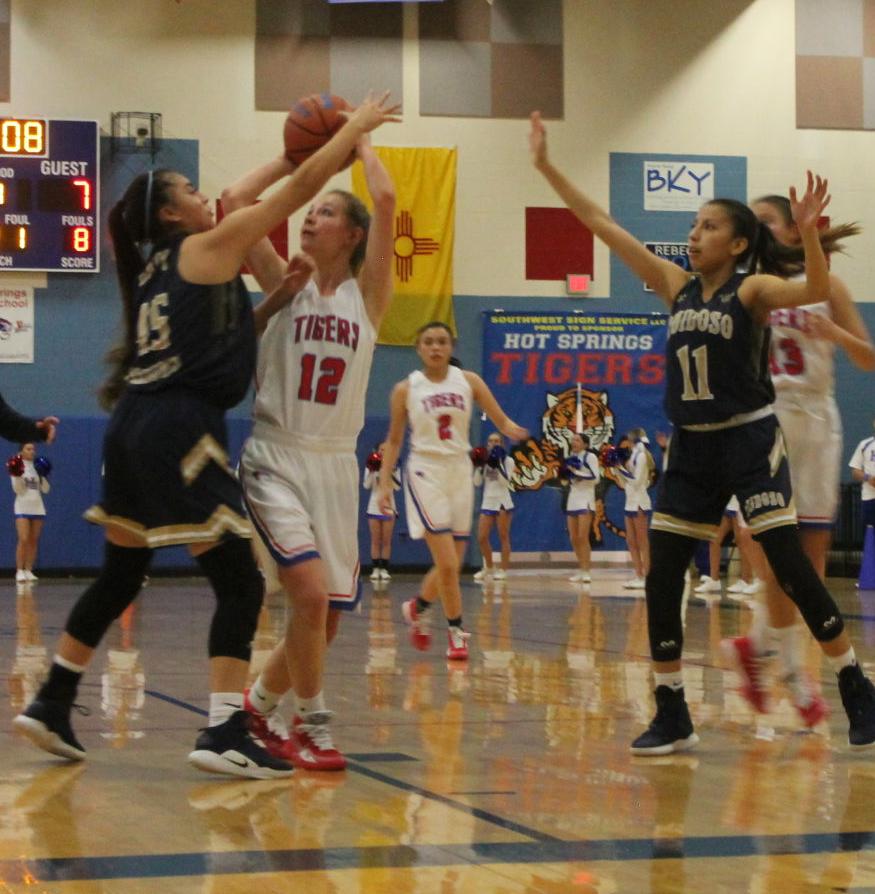 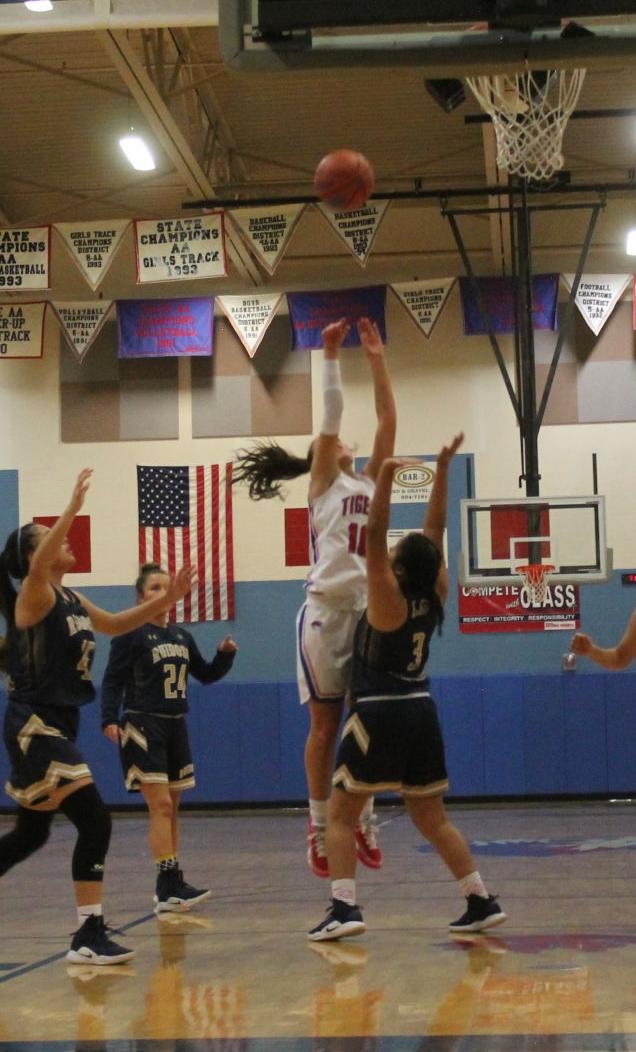 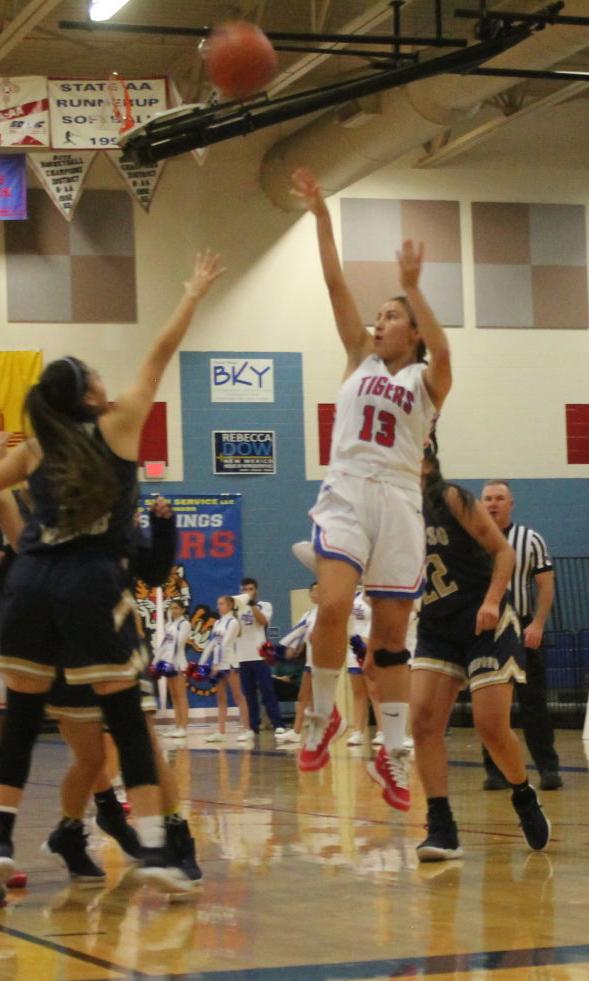 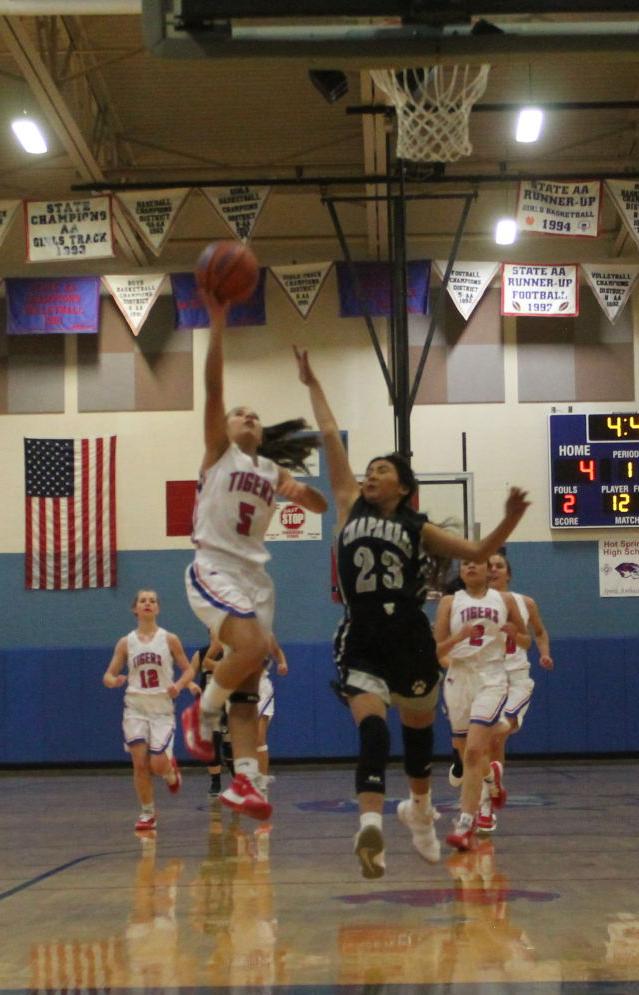 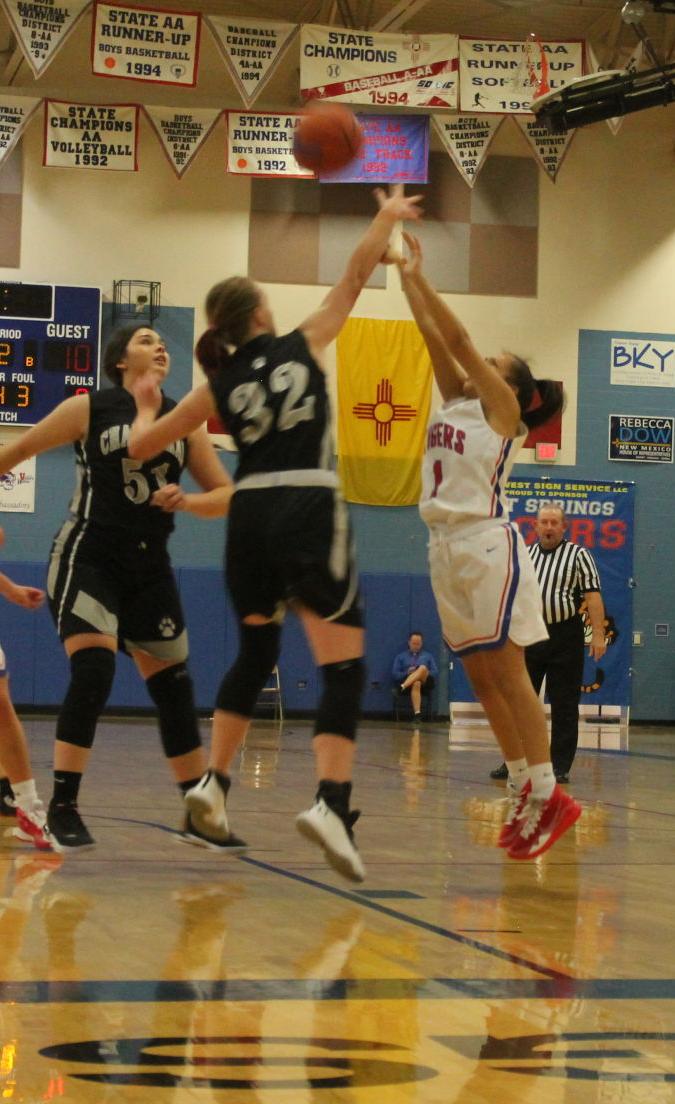 After sweeping a three games in four days at home, the Tigers girls' varsity basketball team has a three game win streak going, and have won four of their last five games.

After returning home from the tournament in Hatch the Tigers faced a daunting schedule of three games starting Tuesday hosting Mesilla Valley, followed by Chaparral Thursday and Ruidoso on Friday. Our Tigers won all three, to advance their early season record to 4-2.

The Tigers beat Mesilla Valley 48-37 and two days later, avenging their tournament loss, defeated Chaparral 29-26 with a buzzer beating three pointer by Marixa Garcia on a dish out from the post by Logan Woods.

The next day, facing Ruidoso. the Tigers dominated until close to the end, when it got interesting, with a tie score. A 20-point game by Tiger's center Logan Woods helped seal the deal on the 40-38 win. Raquel Rojas added nine more points, with Haley Woolf putting up seven more and grabbing double digits in rebounds.

The Tigers have combined their multifaceted offense with a suffocating Tiger style defense. They held Chaparral scoreless until the final two minutes of the first quarter, taking the quarter 11-2.

The team faces rematches on the road with both Ruidoso on Tuesday, December 17 and Chaparral following on Thursday leading up to the Christmas break.