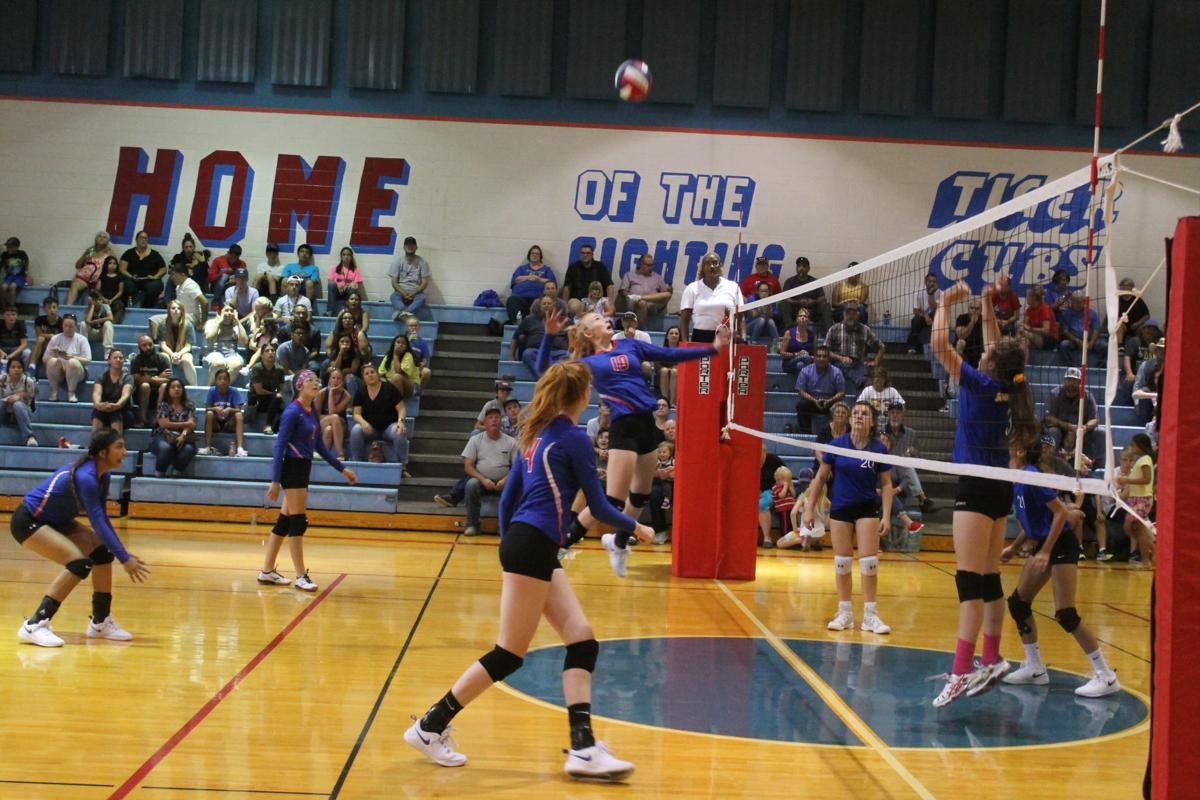 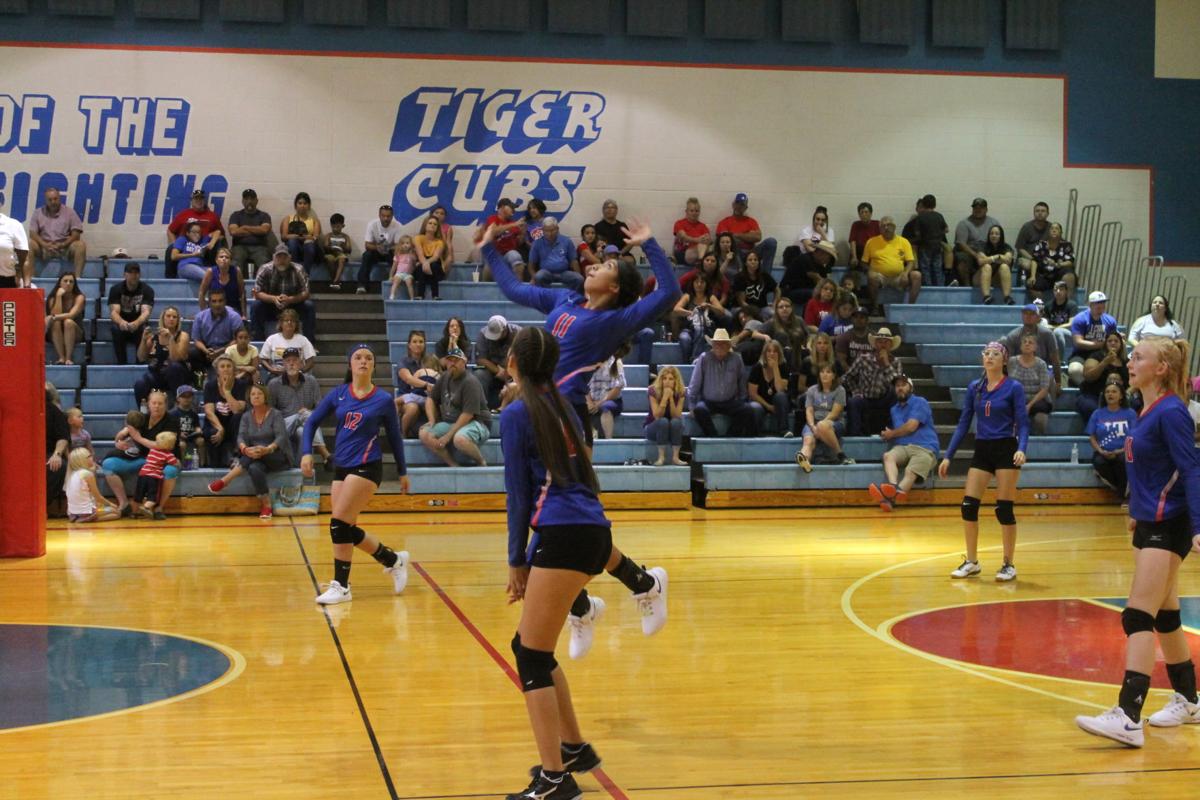 The Tiger’s eighth grade volleyball team continued to push their record higher with three wins in as many days, to 6-1 at about the midpoint in the middle school volleyball season. Hosting Mesilla Valley on Saturday, the team took the match in two sets, 25-12 and 25-21. Despite needing only two sets, in a best of three, to dispatch the visiting team, the match was not without drama, especially in the final set.

The first set was started out with a Tiger 3-1 lead with the SonBlazers managing to stay close, and tying up the score a couple times, though never taking a lead. At 6-6 with Tazhia Bilyeu dishing up low, bullet like serves, the team built up a solid 13-6 lead. She didn’t accomplish it alone, of course, the Tiger front wall of Ava Harrelson, Hannah Hawkins and Alyssa Bailon were not having any of it when their guest tried to score. With Arianna Alaniz and Mahela Hernandez, rounding out the squad on the floor during the big Tiger push, the Mesilla Valley team never stood a chance.

Pulling to 17-12 was as close as the Mesilla Valley squad would get. Hawkins at serve guided the team the rest of the way to the 25-12 finish.

In the second set the Tigers got off to a rocky start, with a few missteps and errors putting them in a 10-2 hole before they started digging their way out. They didn’t do it all at once. Both tight teamwork and the leaping power serves of Alaniz and the laser-like low bullets of Bilyeu were the answer, and the team slowly climbed back into the second set, evening thing up t 15 all. The next point went to the Tigers ad they never again lost the lead, finally winning the nail biter, and the match.

The eight-grade team got the chance to bounce their record up with two more wins this week, when on Tuesday, September 10 while waiting for their match with visiting Snell (Cobre) to start, the Magdalena volleyball team showed up. A little negotiating and readjusting of schedules allowed the eighth-grade teams to get an “extra” match in, playing in the high school gym before the JV and Varsity Tigers own season home opener was due to start.

After dispatching Magdalena in two sets in The Den, middle school teams headed across the street for the match they expected to play, with Snell, which they also took in two sets. This team is really on fire.

The Tigers seventh grade team took care of business on Saturday as well. In the first set against the visiting Mesilla Valley team, our Tigers fell into a deep 11-2 hole. It was a quick climb out, however, with Ariana Rubin serving, the score was quickly within reach at 12-8. Some errors, and misques let the Mesilla team reestablish a lead there was no overcoming for our side, and the first set was taken by the visitors, 25-15. The second set saw the Tigers back on course After dropping the first point, with Kerianna Apodaca’s precision serve, the team built a 10-1 Tiger lead. At 16-8, with Apodaca again at the serve, the team put this

one way, 25-8. The third, tie- breaking set was the heart- breaker as well as the tiebreaker, with the Tigers having to accept a 15-5 loss for the set, losing the match in three.

The teams are traveling to Magdalena for a rematch Thursday as we go to press. After that, they host Lordsburg Saturday, September 14, with the seventh grade starting at 10 a.m. and the eighth grade to follow. Then, Tuesday they travel to Socorro where the action starts at 4 p.m.