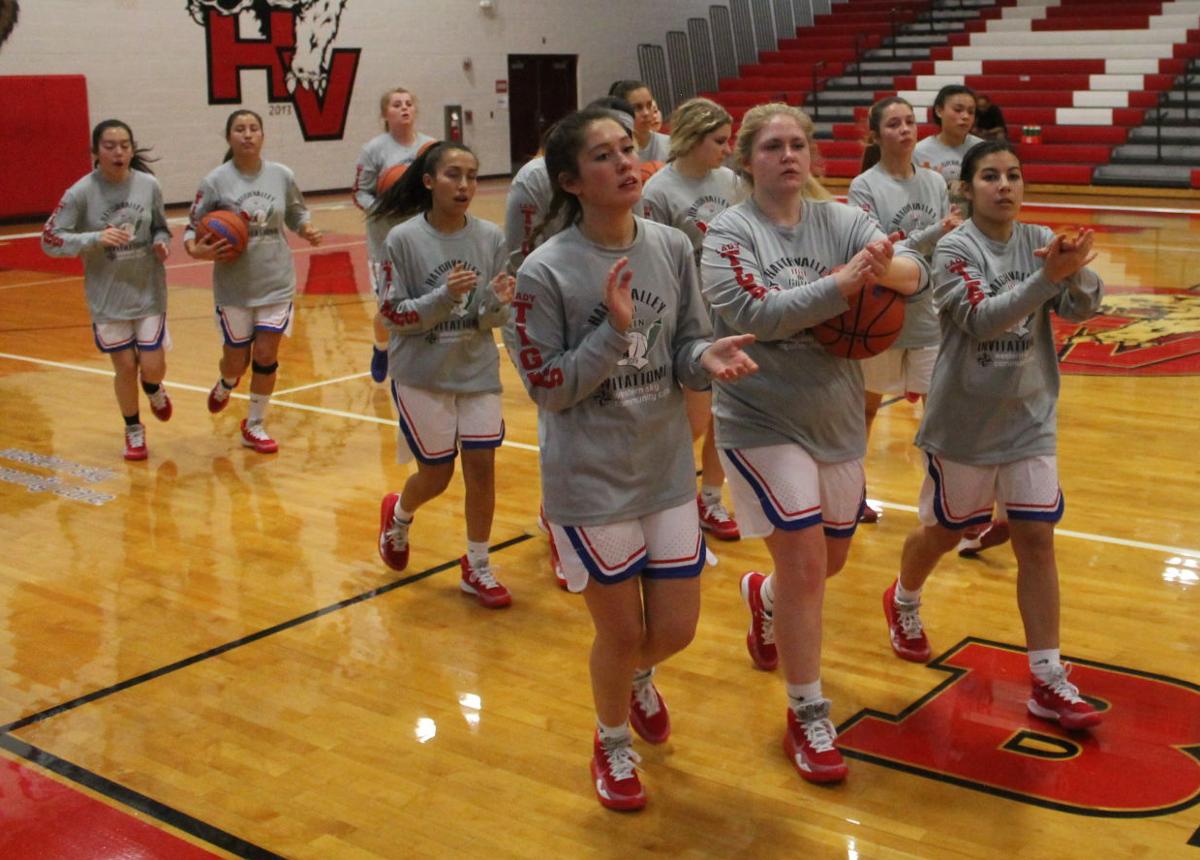 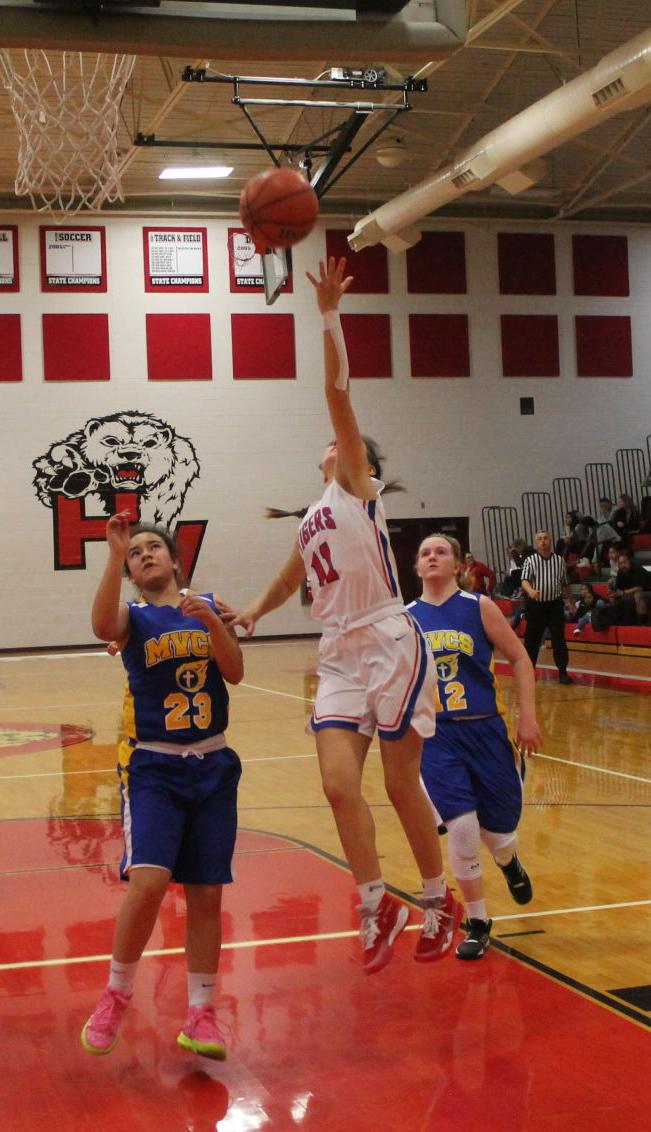 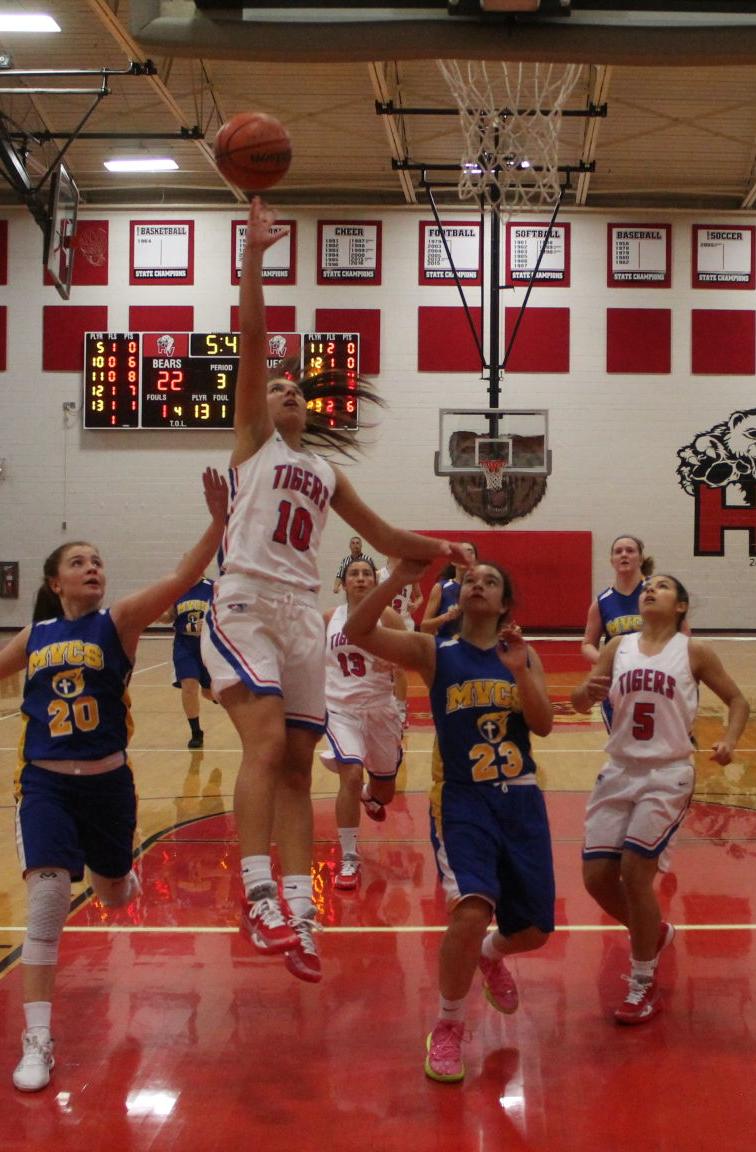 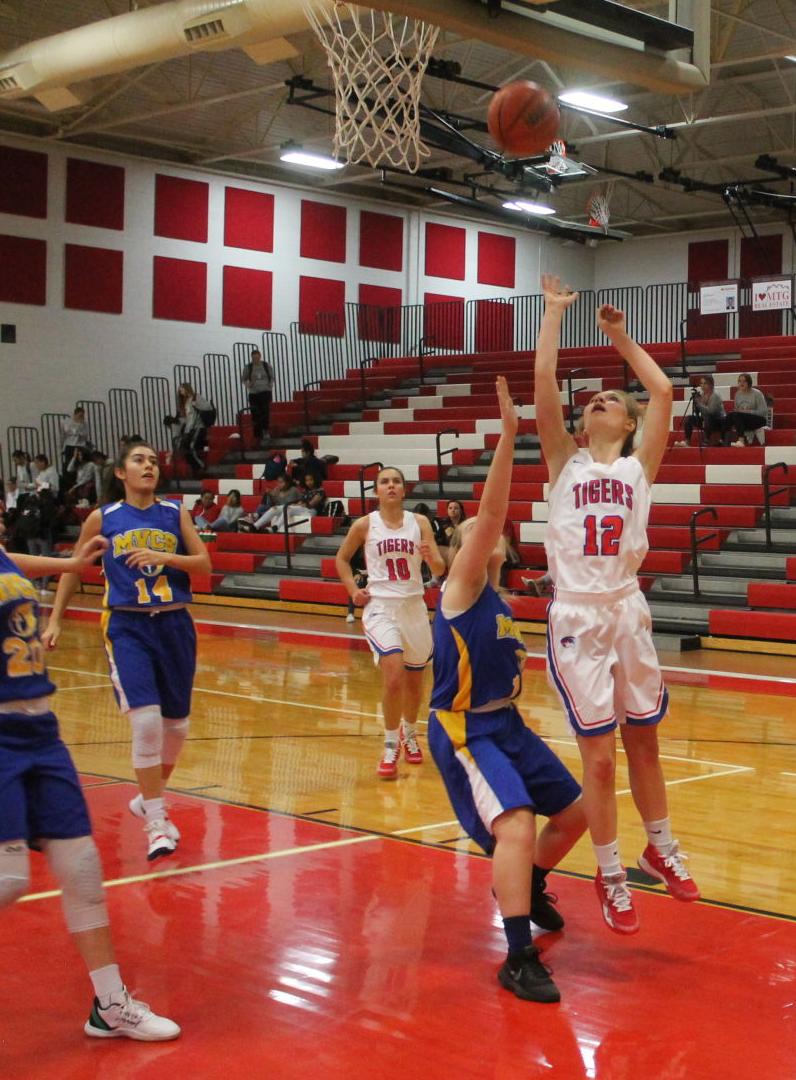 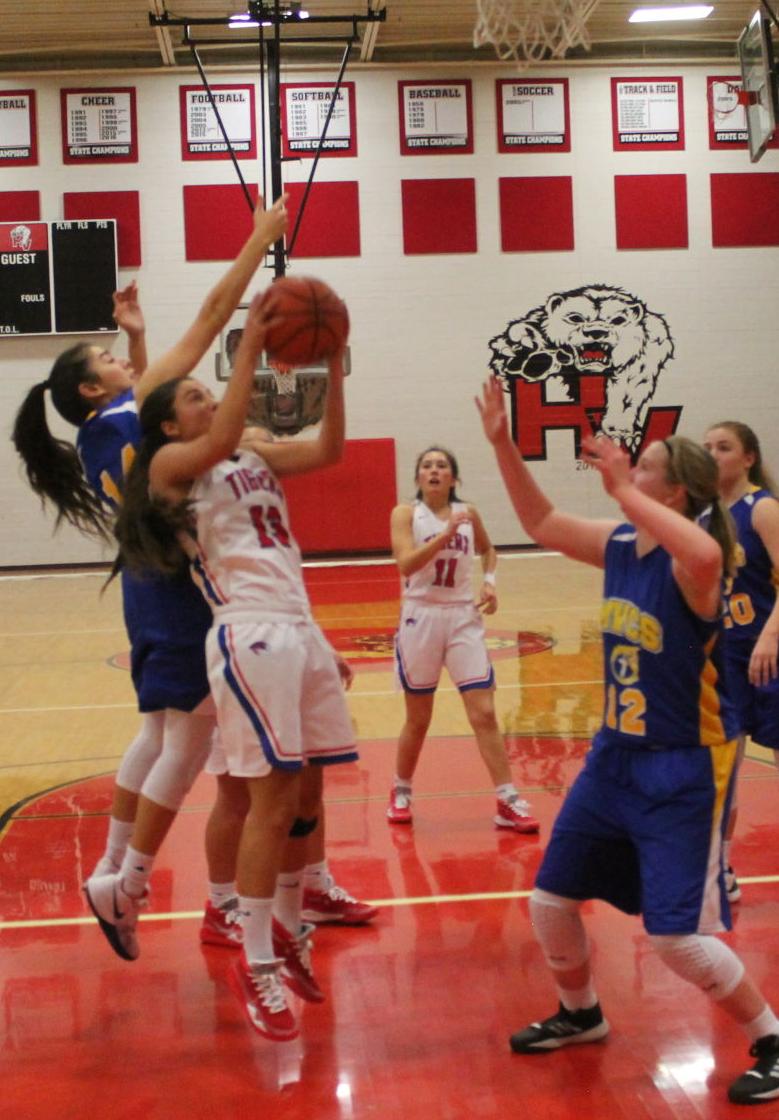 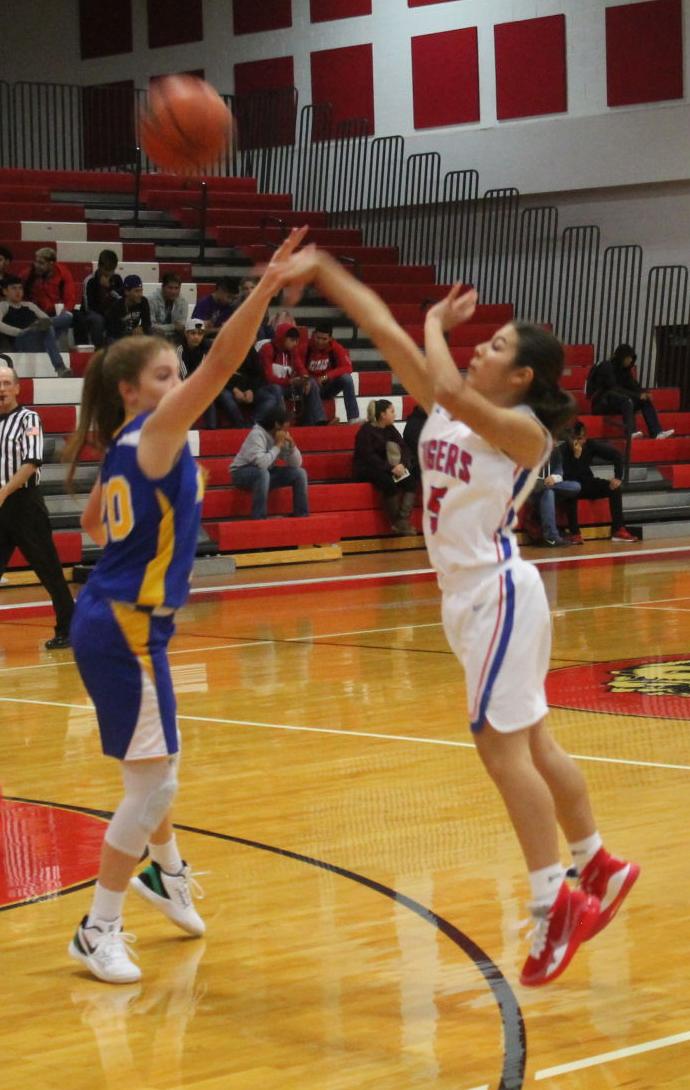 The Tiger girls basketball team dominated in game two of the Red or Green Invitational Tournament, December 6. From the opening tip, the Tigers controlled the game and the proof was on the scoreboard at the horn, 43-25.

The Tigers defense was so stifling the Mesilla Valley team were held without a point until the final two minutes of the first quarter. At the half, as the teams retired tot he locker rooms, the Tigers were sitting on the good side of a 18-12 lead and only built on it from there.

In an overwhelming third quarter, the SonBlazers were held to just four points, while the Tigers dropped in 13 to expand the lead.

in the end, Tigers guard Taylor Hearn led all scorers with 13, with center Logan Woods just behind with 12. Tiger forward Haley Woolf chipped in nine more in the victory.

Next up, the Tiger girls have a tough stint with three games in four days, all at home in the Den. Tuesday, December 10 the have a rematch with Mesilla Valley, Thursday they host Chaparral and Friday, Ruidoso. Let's pack the Den with fans and support this great team of Tigers.

Partly cloudy skies during the evening will give way to cloudy skies overnight. Low 38F. Winds S at 5 to 10 mph.