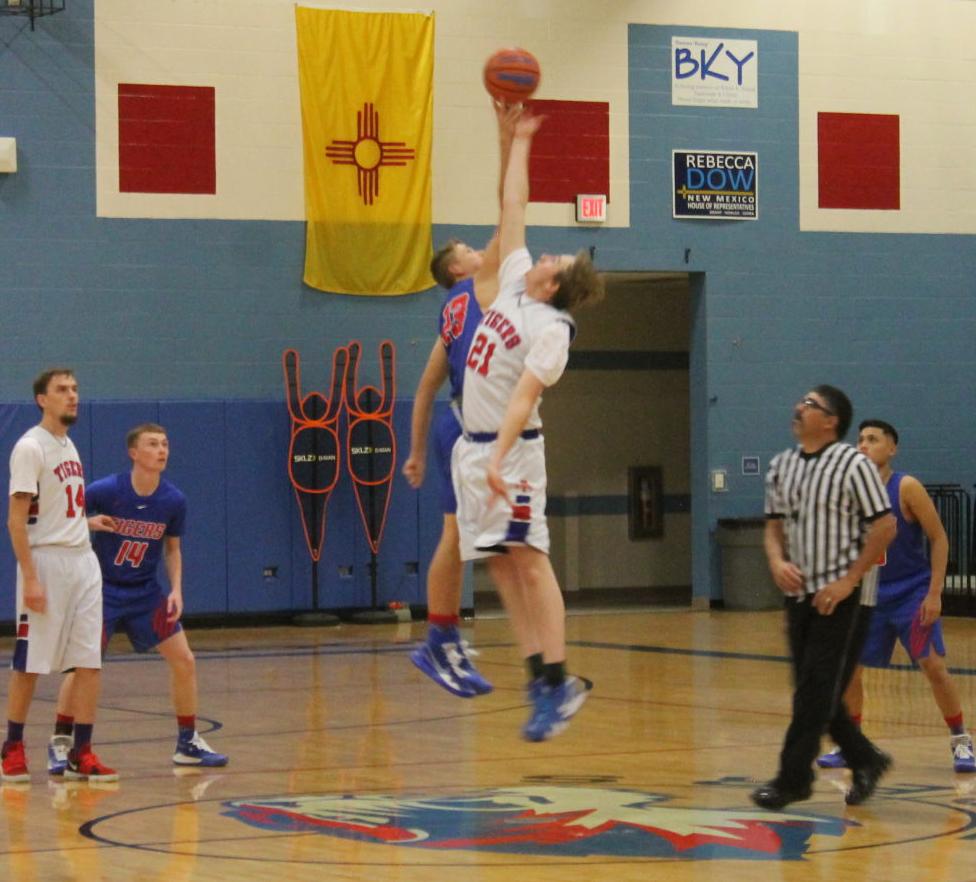 Tiger Alumni Tino Luna and varsity center James Childress Jump for the tip at the outset of the Tigers Alumni game, November 26 in The Den. 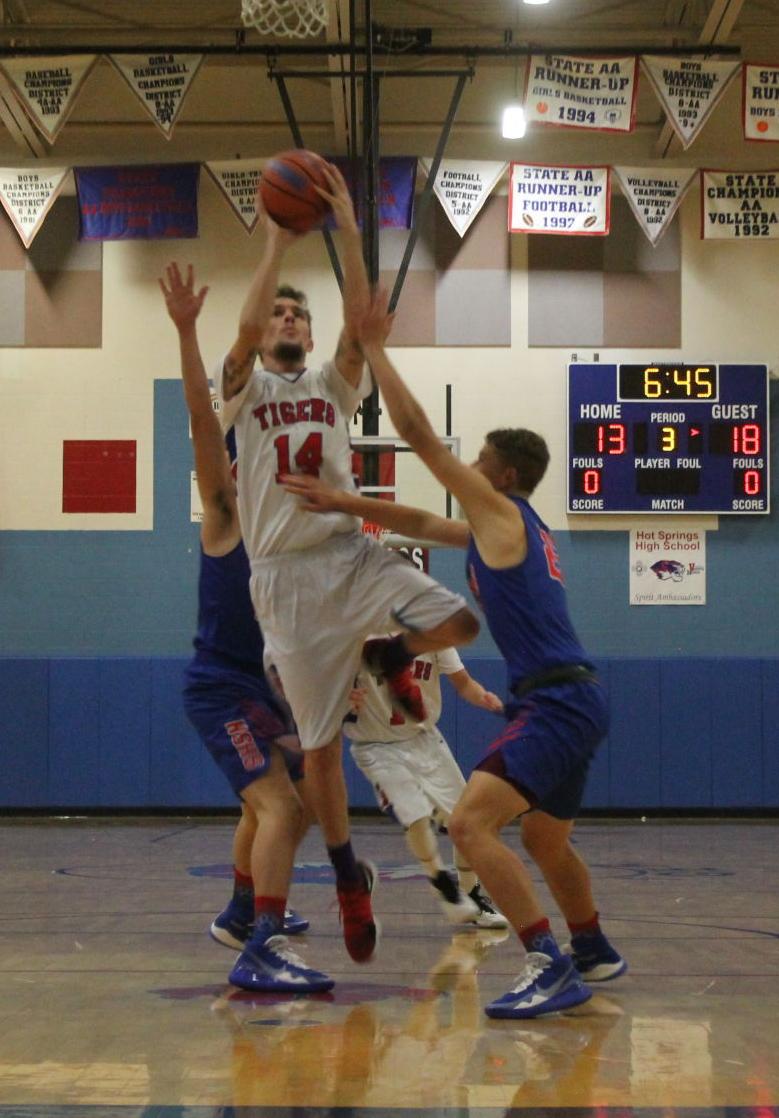 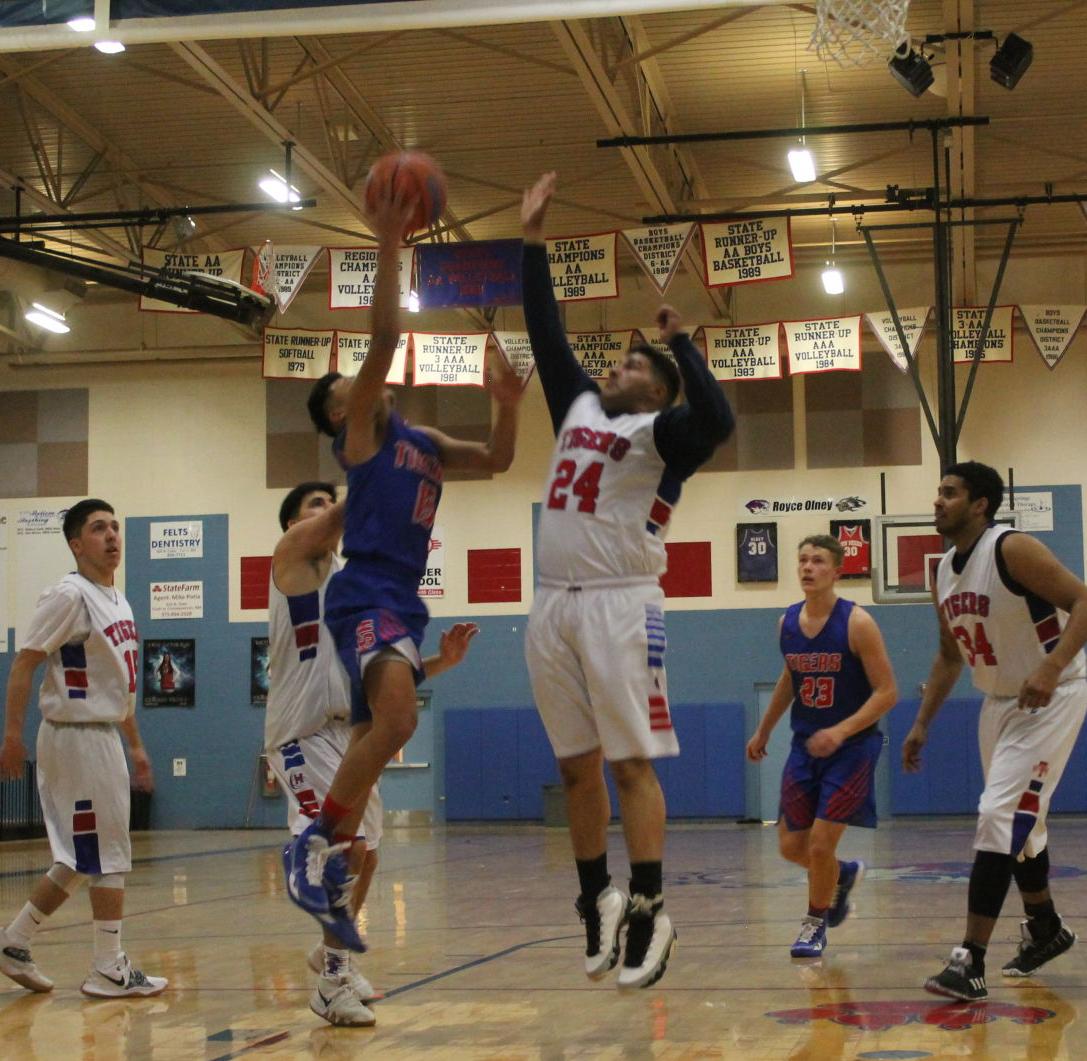 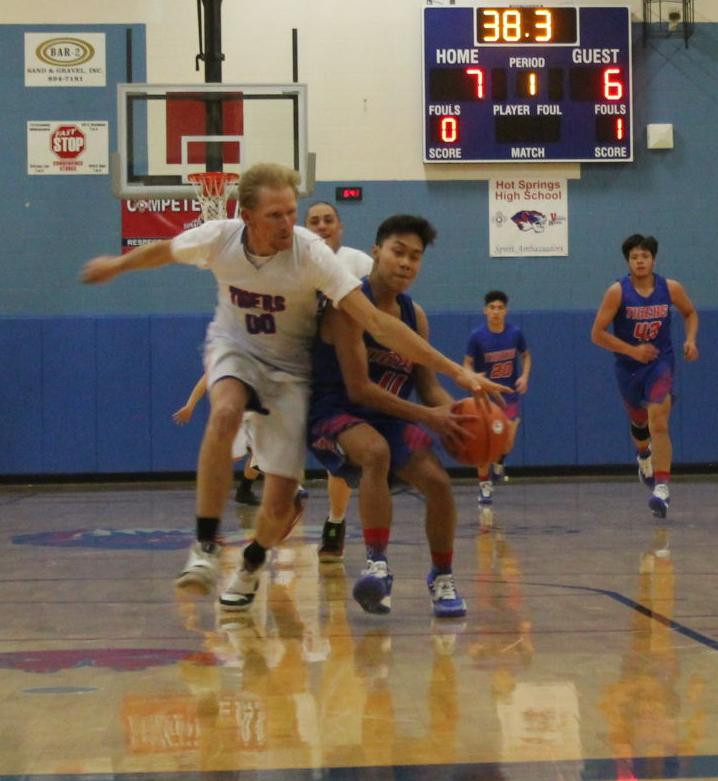 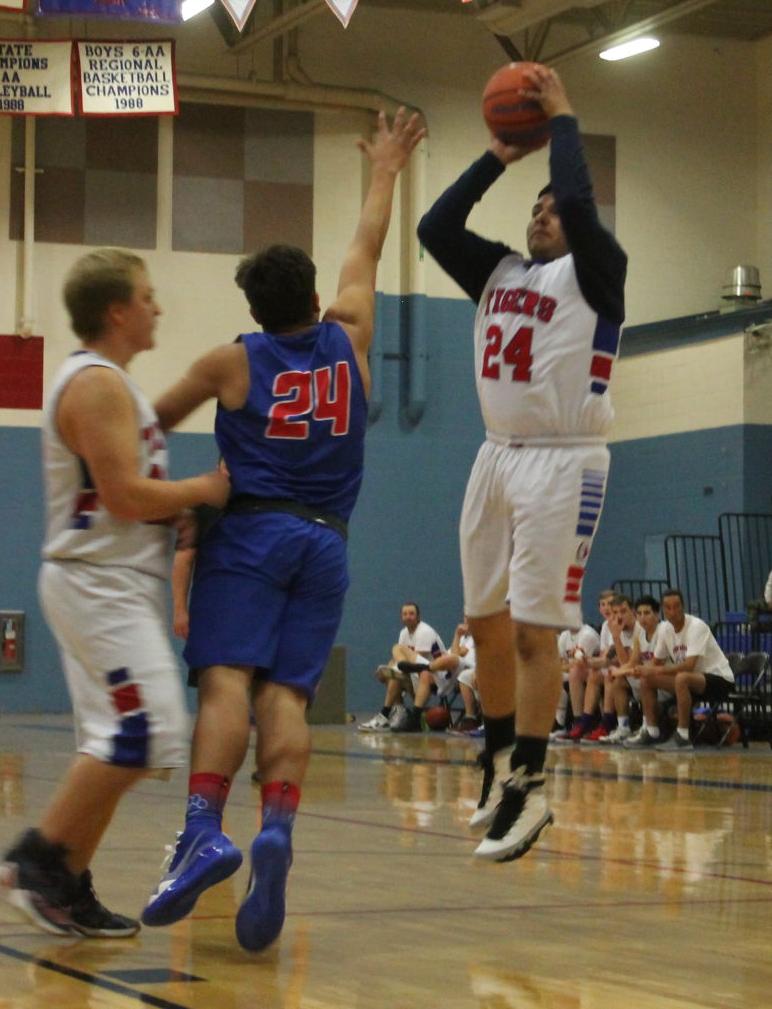 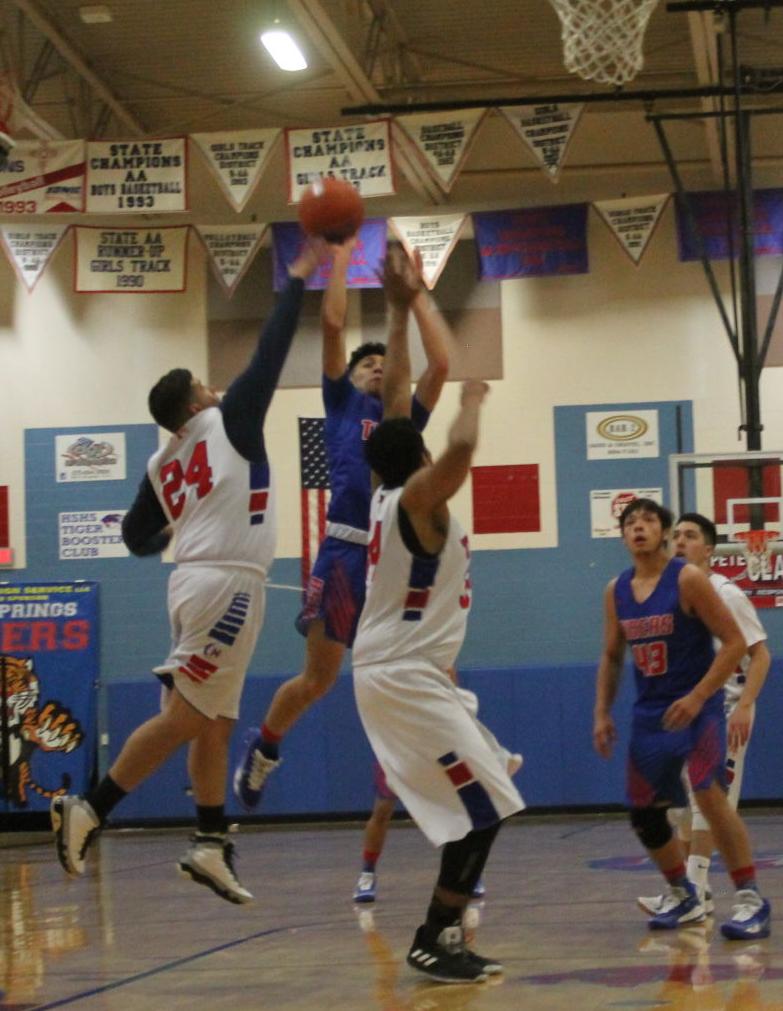 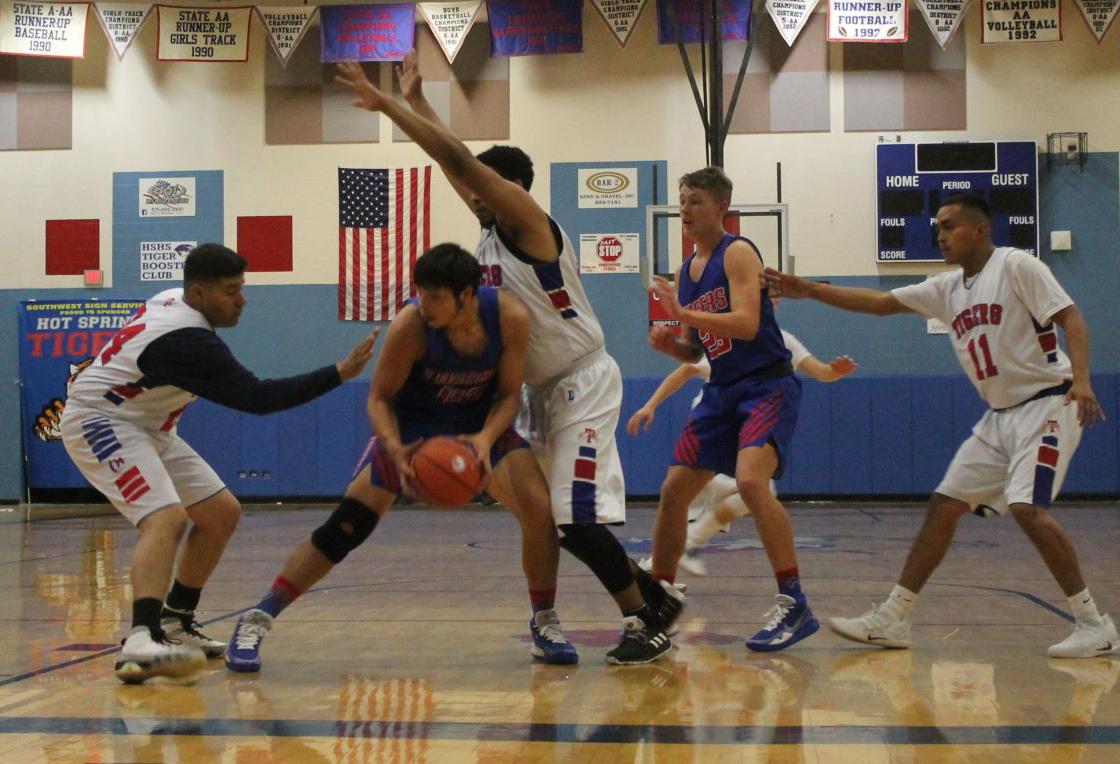 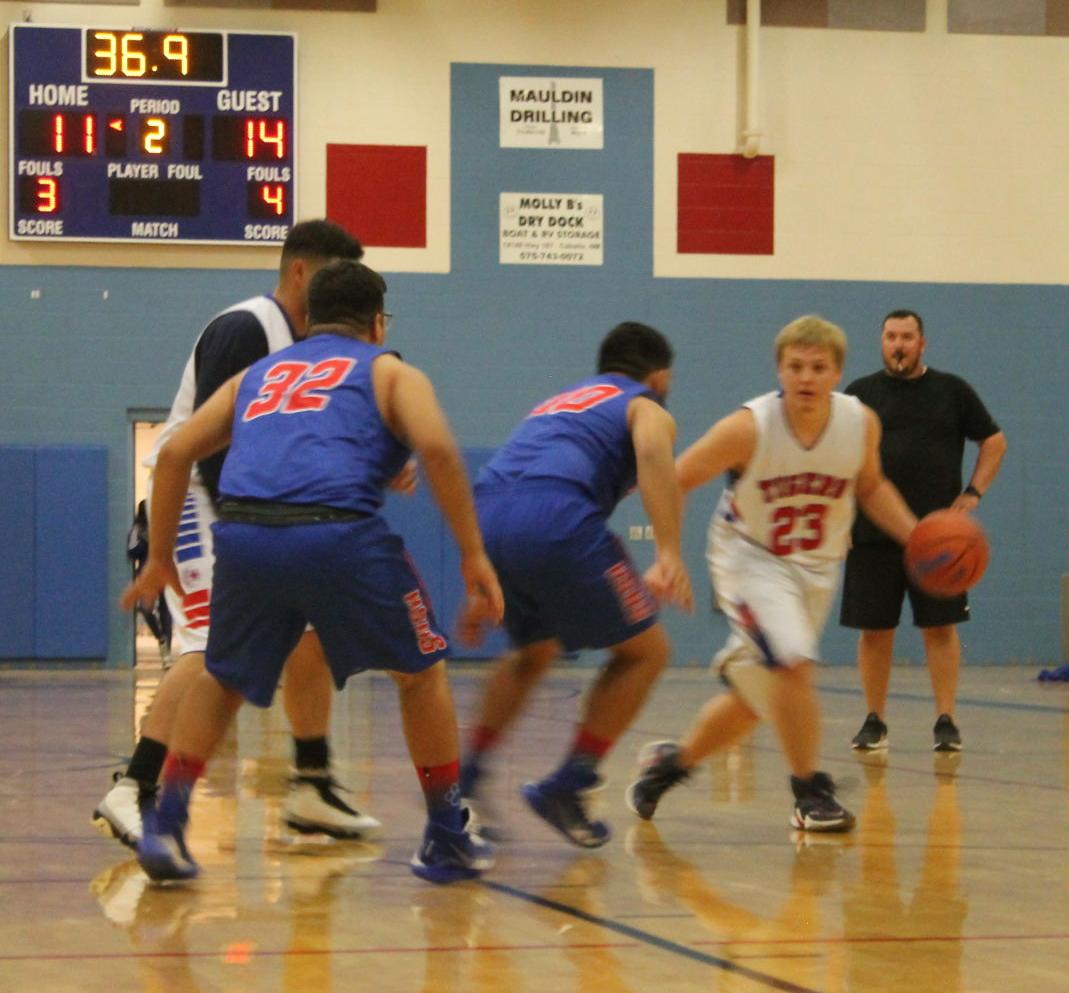 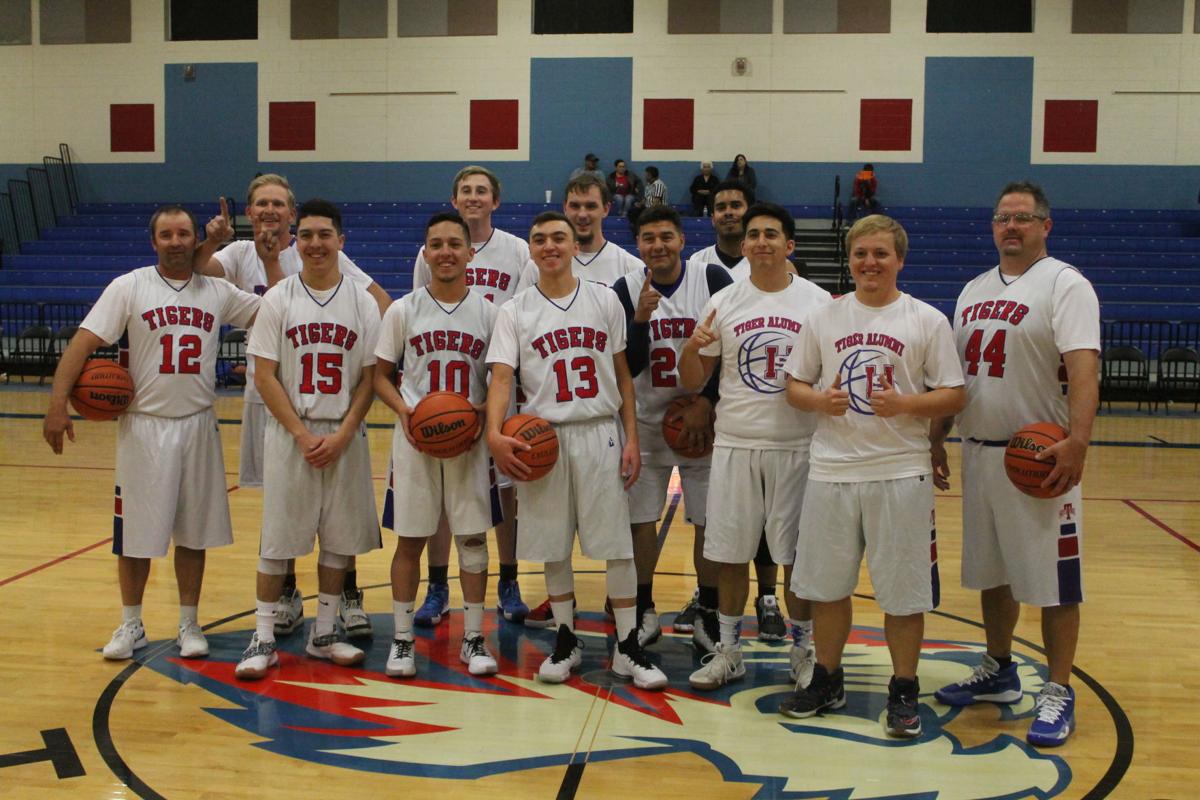 Tiger Alumni Tino Luna and varsity center James Childress Jump for the tip at the outset of the Tigers Alumni game, November 26 in The Den.

The Tiger's varsity boys basketball team staged an exhibition game Tuesday in the Den. It was Tigers either way you cheered as the varsity took on an all-star team made up of former elite Tigers from past teams. Despite it being a low-scoring affair, the crowd in attendance didn't seem to mind, roaring their support for both sides in this good natured, if hard fought battle. In the end, it was varsity coming off the court with a 41-37 victory.

Alumni coach, Doug Whitehead, himself a state champion had his team ready. They held the lead for most of the half, with the scoreboard showing them ahead 16-11 when the teams retired to the locker rooms to talk it over at the half. Whatever motivational words Tigers head coach Derek Bean had for his team seemed to do the trick, as they emerged for an explosive 21-point third quarter, holding the lead the rest of the way.

Top scorer on the varsity team was Verrels Lukman who dropped in 17 points, including 13 in the third quarter. The alumni squad top gun was Josh Koch who scored 13 with Grant Taylor knocking down six more and Nick Moreno and Juan Ortiz chipping in four each. Jeremy Terry, Saul Baquera, Eduardo Barragan, Tino Luna and Dick Lanford each had a bucket. Kyle Blacklock, Zach Zavala, James Lipps, Zach Degase, Michael Ortiz and Monte Mitchell all contributed on the court.

The game raised money for Tiger Basketball, and should become a regular feature to tip off the Tiger's hoops seasons. Tigers boys' and girls' teams are both traveling to East Mountain High on Friday, right after Thanksgiving, to start the regular season with a trio of road games. Boy's JV will start things off at 4 p.m., then the girls' varsity, followed by the boys' varsity. A great evening of Tiger basketball with coaches and athletes alike urging all Tiger's fans to make the trip up and lend their support.

A clear sky. Low near 35F. Winds light and variable.

Some clouds early will give way to generally clear conditions overnight. Low 36F. Winds N at 5 to 10 mph.