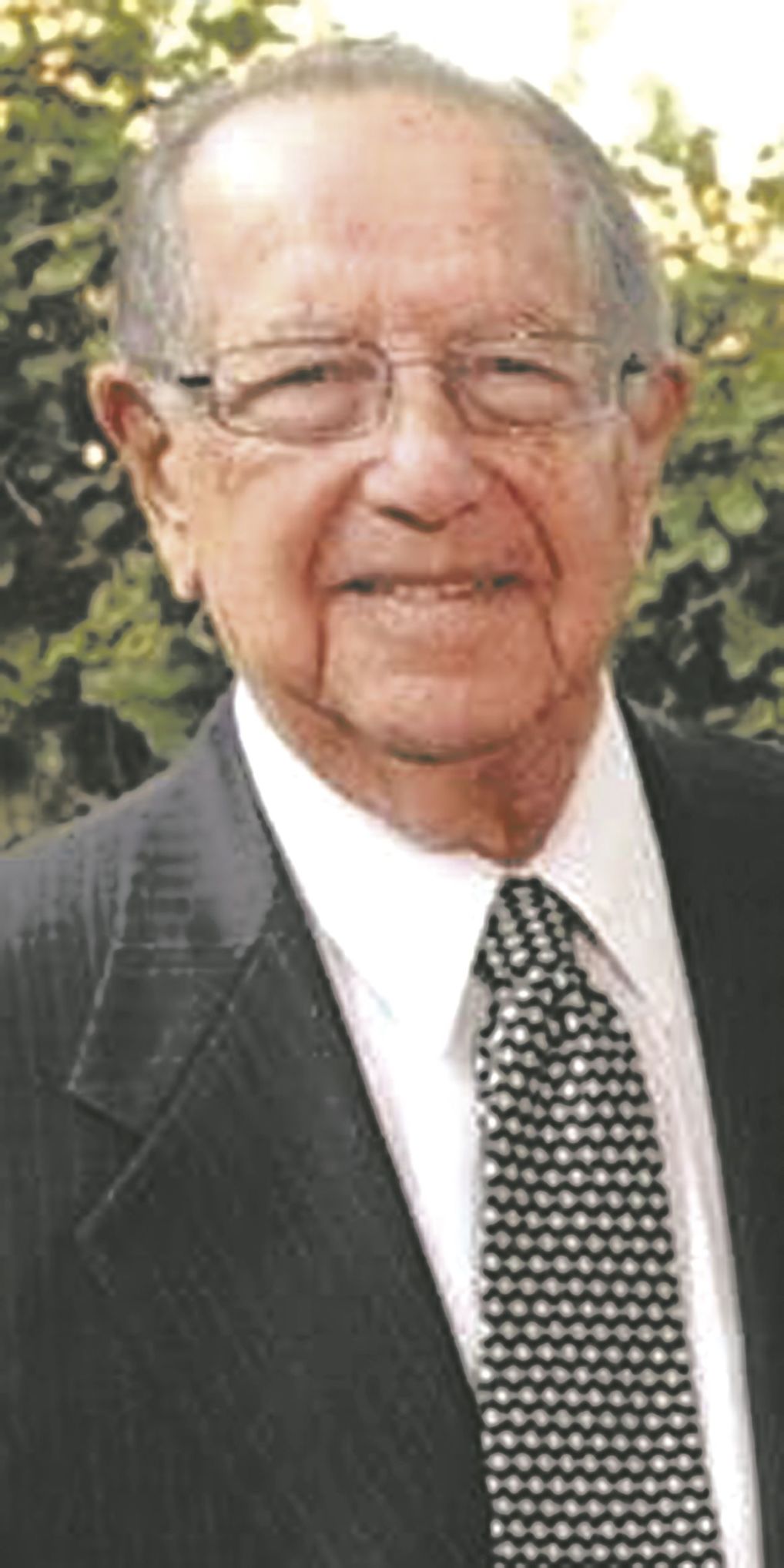 Funeral homes often submit obituaries as a service to the families they are assisting. However, we will be happy to accept obituaries from family members pending proper verification of the death.

Merced T. Montoya Jr. (Monty), a longtime Scottsdale resident, died peacefully at home with his family on June 24, 2020 at age 96.

He is survived by four children, 12 grandchildren and 13 great-grandchildren; his wife, Esther, passed in 2017. His four children are: Linda Sbragia (Lawrence), Carl Montoya (Donna), Marty Montoya and Wendy Stevens (John). Monty is survived by two sisters: Eliza Greer and Dolores Bishop, who reside in Truth or Consequences, New Mexico. He is also survived by extended family nieces and nephews in New Mexico, and other parts of the United States.

Born and reared in Monticello, NM, Monty moved his family to Arizona in 1953 where he was employed by the Bank of Douglas, the precursor to the Arizona Bank. He worked for the bank in Yuma, Phoenix and Tombstone before permanently settling in Scottsdale in 1963. He retired in 1984 as a full Vice President for the bank that eventually became the Bank of America.

Monty was a World War II veteran and also served in the Korean Conflict. He was a member of St. Theresa Parish, Scottsdale Elks, American Legion and Civitan Club. In his retirement, he and Esther enjoyed traveling, and spending time with their children, grandchildren, and great grandchildren.

He will be laid to rest at St. Francis Catholic Cemetery in Phoenix where he will reunite with his wife Esther. Mass and burial services were held on Monday, June 26, 2020 at 10:00 a.m. (Arizona time). Due to COVID-19, the services were limited to just the immediate family. However, the services were also live-streamed on Facebook.

Offer a personal message of sympathy...

By sharing a fond memory or writing a kind tribute, you will be providing a comforting keepsake to those in mourning. If you have an existing account with this site, you may log in with that below. Otherwise, you can create an account by clicking on the Log in button below, and then register to create your account.

Add an entry
Watch the guestbook. Stop watching this guestbook.