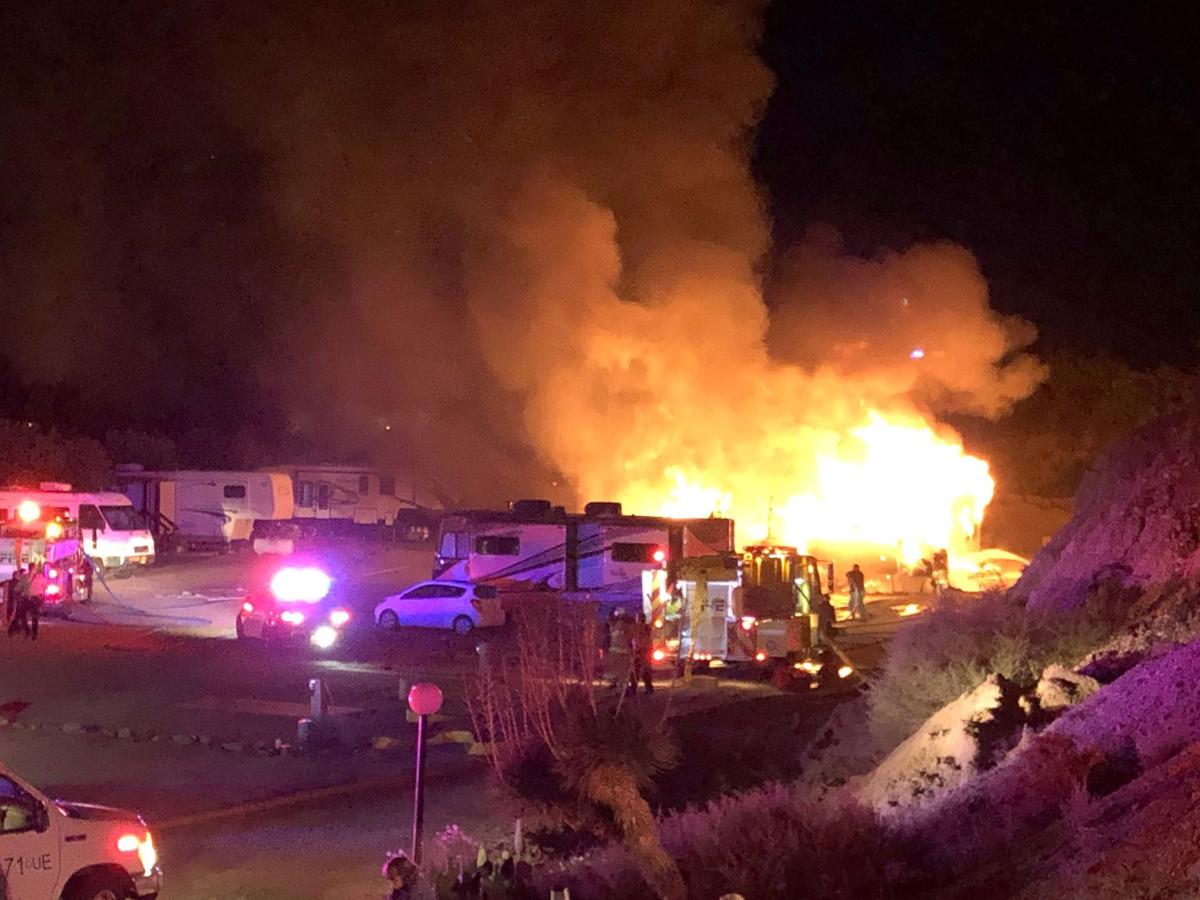 Three structures and a vehicle were completely destroyed by fire Wednesday night, October 9 at the Cielo Vista RV Park. 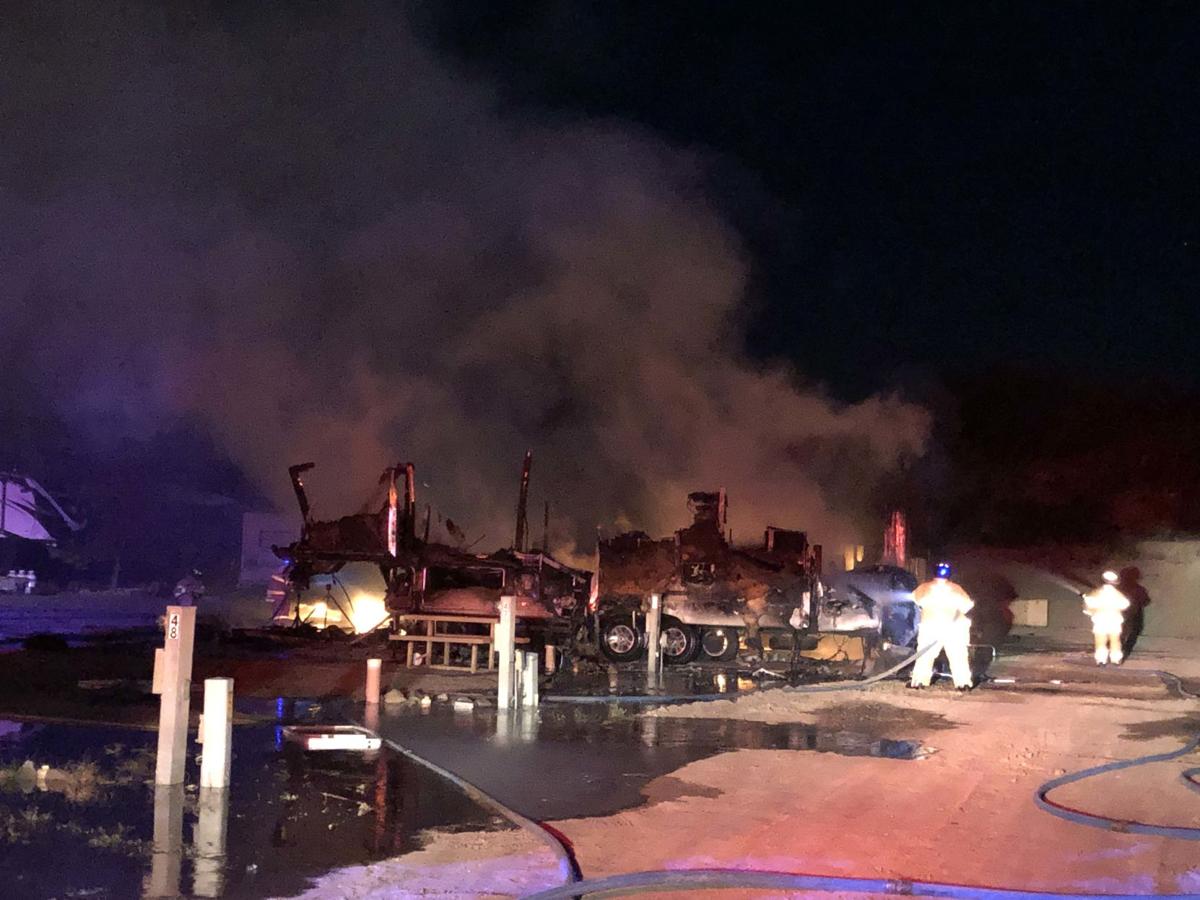 Three structures and a vehicle were completely destroyed by fire Wednesday night, October 9 at the Cielo Vista RV Park.

T-or-C Fire Fighters were called to the Cielo Vista RV Park Wednesday night. October 9 when a camper caught fire. Fire Chief Paul Tooley indicated that two campers, a small permanent home and a vehicle had burned and were a complete loss due to the blaze.

Shortly after 10:30 p.m. 911 calls were made to Sierra county Regional Dispatch Authority reporting the fire and several explosions were soon heard at the RV Park and around town. A small propane tank exploded, as well as tires on the campers involved in the fire. Fuel from the vehicle that burned also made battling the blaze challenging for firefighters.

An older man in the middle camper where the blaze is believed to have begun was taken immediately to Sierra vista Hospital and later airlifted for further treatment of his injuries. His condition as of press time Thursday morning was unknown.

Firefighters were able to keep the fire contained to the three structures and vehicle, and did not allow it to spread to other nearby campers or brush.

As of press time Thursday, October 10 State Fire Marshall Investigators were on scene investigating the fire and working to determine the cause.

A few clouds. Low around 40F. Winds light and variable.