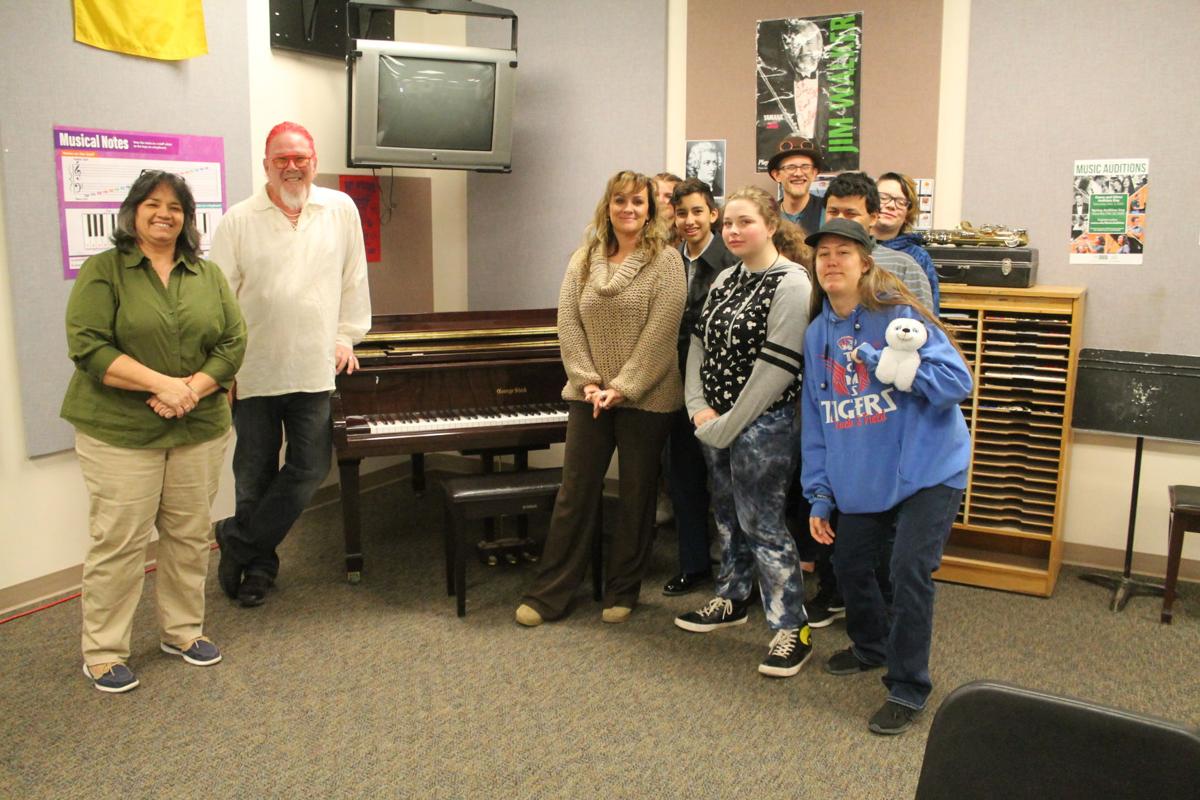 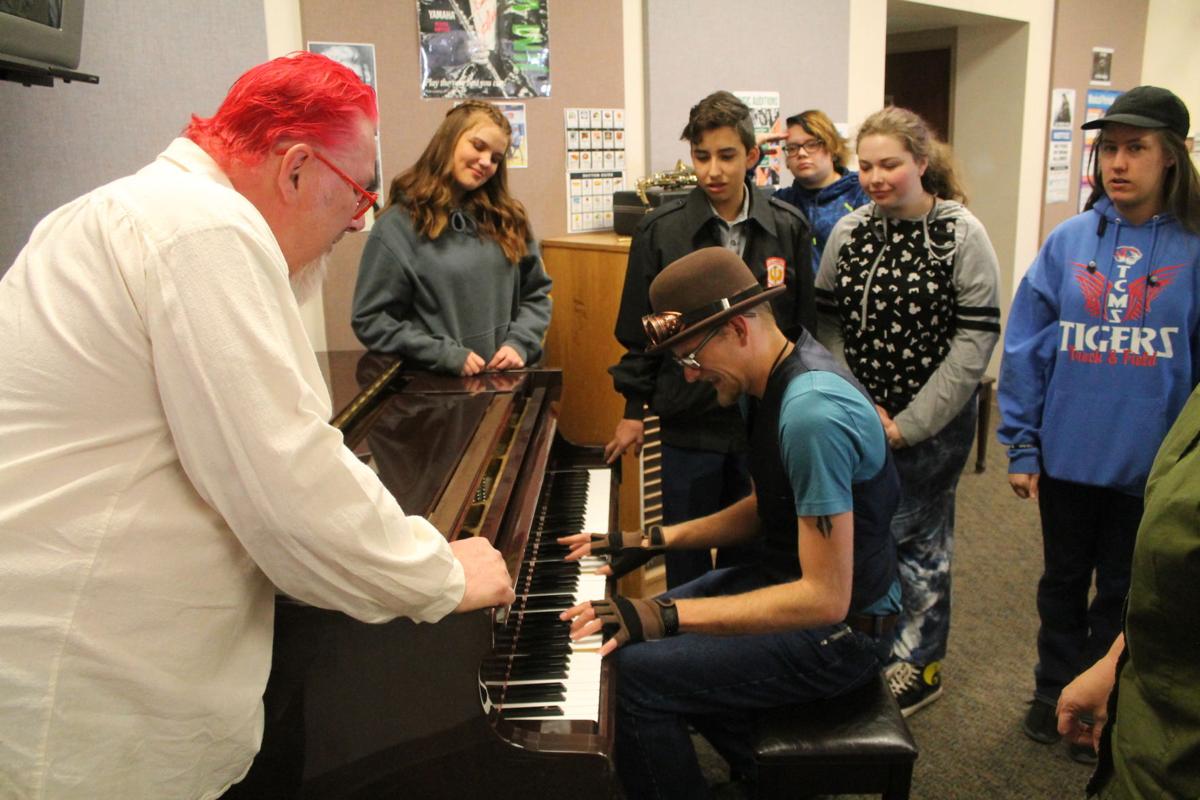 “Small but mighty,” is a slogan the Tiger band has used to describe itself this year. Though small in numbers, the band makes the most of what they have to produce a mighty sound. They sound got even greater earlier in the school year with a very special gift from a very special benefactor. In a gesture of tremendous generosity Greg Grafwallner gifted his own baby grand piano to the Tiger band.

When Mr. Grafwallner moved to Sierra County, he brought his baby grand piano. If it could talk, the stories it could tell. At this keyboard that he sat with Liberace, when that legendary pianist visited the Milwaukee area. At this keyboard he had performed and taught over the years, in Wisconsin. Having studied and earned his degree at the Wisconsin Music Conservatory, Mr. Grafwallner taught for many years, as well as composing and developing youth programs and a stint conducting the Milwaukee Municipal Orchestra.

In a summer program for kids he developed and taught while in Wisconsin, the ten-week session included music, dance and cooking. “At the end,” he told us, “the kids had to put on a show that they wrote. They also had to plan and cook a reception dinner for the show.”

When Mr. Grafwallner became acquainted with HSHS music teacher and Tiger band director Carmella Barreras, he was struck very quickly with the band’s need for instruments. It was then he made a decision that was both moving in its generosity and profound in its potential impact on both the Tiger band and Choir, and on the music program in the schools. His gifting of the piano was something he saw as part of a larger mission, to help in any way he could, with instilling a love of music, as well as an appreciation for and enhanced learning of music by the students of HSHS and the middle school.

Students at the school were delighted when the piano arrived. It’s so pretty,” said one, “and it sounds so pretty too.” The piano is but one piece in what Mr. Grafwallner sees as his mission to help the program at HSHS. Having heard of the pressing need for more instruments and seeing that there were at least a couple of other keyboards in the band room, he pointed to his piano and said, “sell it.” “Really, I’m fine with that, sell it or raffle it off and buy more instruments.”

Listening in as he spoke with Mrs. Barreras, the ideas were flowing out, fast and furious. With the mind and temperament of an artist. Grafwallner had suggestions on teaching, composing, band uniforms and so much more. Everything was directed at ways to improve the band, the choir and the music program in general. “I just want to help the kids. I want to give back from so much that music has given me, to give back the knowledge that I have built.”

Grafwallner, an artist as well as a musician, spends his time more involved in sculpting and creating kinetic art, some on display at local galleries. Though he tells us that due to arthritis and other nerve issues affecting one arm, he is less able to perform, it seems likely that this is one musician and artist who will continue to make an impact. As is heard in well-known lyrics, “sing us a song, you’re the piano man.”

Partly cloudy. A stray shower or thunderstorm is possible. Low 73F. Winds WSW at 5 to 10 mph.

Partly cloudy. A stray shower or thunderstorm is possible. Low 74F. Winds W at 5 to 10 mph.