$49.00 for 365 days
Get Started
You are the owner of this article.
Edit Article Add New Article
You have permission to edit this article.
Edit
Home
Radio
News
Sports
The TorCh
Videos
Veteran's Tribute
Calendar
Obituaries
Photo Galleries
Announcements
Classifieds
Share This
1 of 2 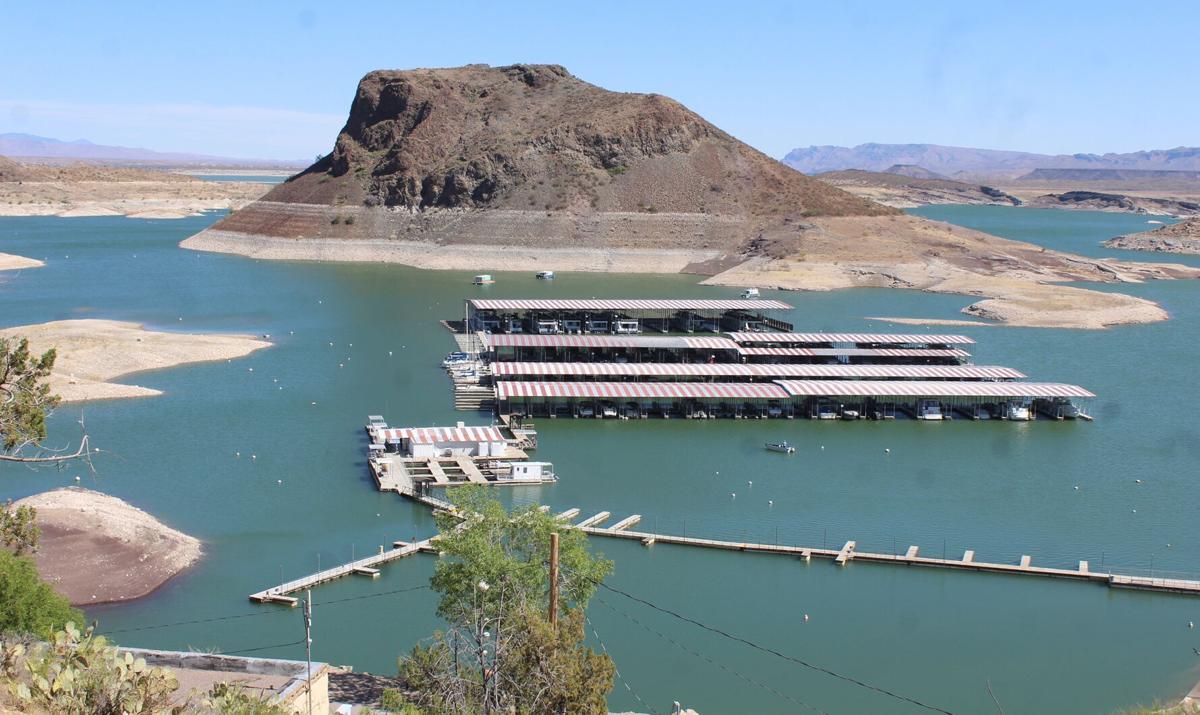 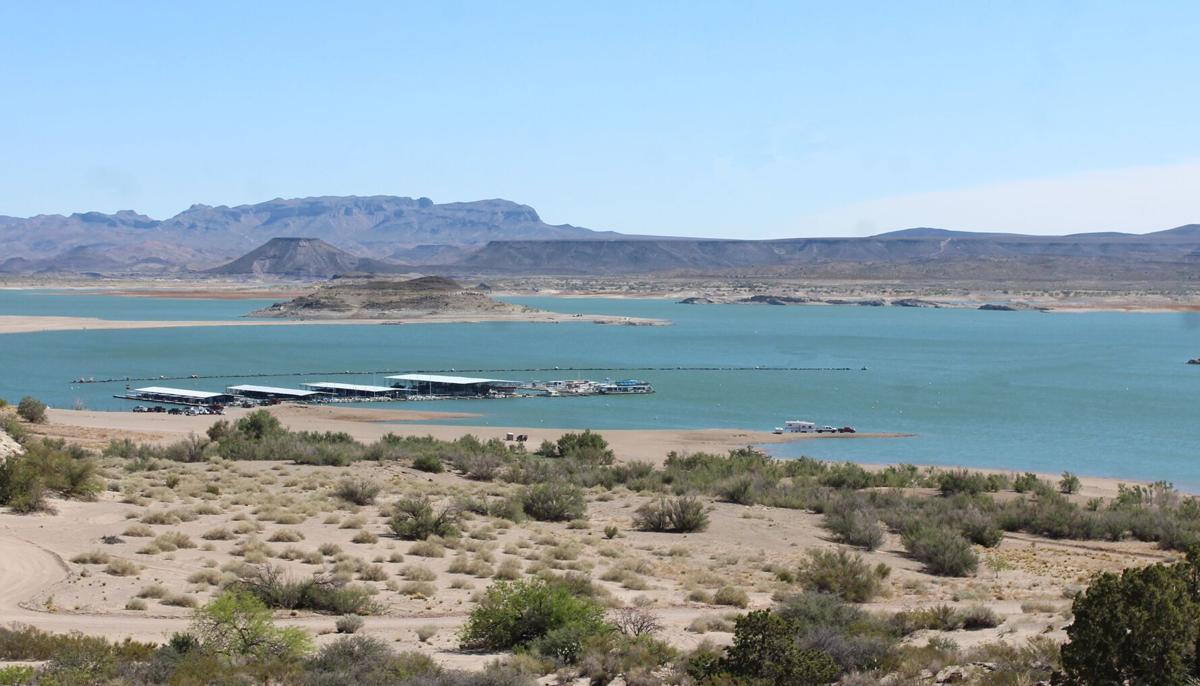 Present low water conditions at Elephant Butte Lake reservoir and the latest projections from authorities with the Bureau of Reclamation (BOR), have prompted officials with Lago Rico, Inc. to initiate plans for a major restructuring of both the Marina Del Sur and Damsite Marina (pictured above).

In a letter issued to all slip members April 19, Lago Rico president Neal Brown announced that projections from the BOR suggest by July, water levels will be insufficient to sustain operations at either marina complex. This situation will render all present slips unusable and will require a significant restructuring.

In this regard, Brown has set a July 5, 2021, deadline for all boats to be moved out of both marinas. He assured all slip members that upon closure, refunds would be issued to anyone who has paid annually, or semi-annually.

Brown explained the July 5 date was selected to hopefully allow time for underwater structures at both marina complexes to be safely removed. He also noted that Lago Rico’s desire would be to shift this date forward if possible.

The restructuring plan presently would reposition C and D docks from Damsite and E dock from Marina Del Sur, to a location nearer the dam proper. The letter went on to explain how this new arrangement will be limited by the water conditions and will be configured for wet storage only. Brown emphasized there will be no water or electrical hook-ups and no walkway included with the planned restructuring.

Members currently occupying slips within the selected docks will have a right of first refusal for future use. Brown stated these docks were chosen because larger boats are more difficult to move, and in also acknowledging how present dry storage options are limited, stressed Lago Rico’s efforts are sincerely aimed toward providing a workable solution for the anticipated lake conditions.

While gearing up for the planned marina move, Brown further emphasized that officials with Lago Rico would continue to closely monitor levels and conditions at Elephant Butte Lake and would be issuing further statements for slip members when warranted.

With dim projections for spring runoff to significantly improve water levels at Elephant Butte Lake, BOR authorities have been working to set strategies for the coming months. Teaming with partners in irrigation, recreation, and Fish & Wildlife authorities, the BOR’s efforts have been and are currently are aiming to assure the region’s water supply is carefully managed through what most feel will likely be a difficult period ahead.

According to an April 22 statement issued by BOR Public Affairs Specialist Mary Carlson, following the annual rise from spring runoff, present plans are anticipating Elephant Butte Lake levels will drop near 50-fee over the coming months.

Carlson noted how a cooperative approach to lessen water use and to shorten the irrigation season has been embraced by officials with the Elephant Butte Irrigation District, El Paso County Water Improvement District-1 and authorities in Mexico. Despite these efforts, she said the BOR is expecting minimal inflow from remaining spring runoff and forecasting potential mid-summer lake levels below those seen in both 2013 and 2018.

Although concerned, Carlson emphasized how the BOR’s plans are based on lower than average rainfall over the past two years and current long range weather/climate forecasts. She suggested a robust monsoon season could develop, and if so, might readily change projections for the remainder of 2021.

Carlson stressed the BOR’s desire keep area residents and visitors alerted to the developing situation and the likely potential of very low water levels at Elephant Butte Lake this summer. With this noted, she reminded area residents that the reservoir’s primary purpose is to store water for irrigation, while also acknowledging the BOR’s responsibility to simultaneously maintain levels high enough to protect infrastructure and fish habitat.

•During a regular meeting April 14, officials with the Elephant Butte Irrigation District (EBID) received an update on the latest surface water irrigation outlook by Hydrology and Engineering consultant Dr. Phil King and Irrigation Systems Director James Narvaez. A report about this session included in the April 23 edition of the Sentinel confirmed inflow to Elephant Butte Lake from the annual spring runoff had already “plummeted.”

While those attending the session were told current La Niña climate conditions appeared to be “softening,” it was noted that the latest three-month climate outlook was still predicting conditions to be dryer and hotter than is typical for the near term.

With these points emphasized, the EBID urged agricultural producers to continue planning for a “critically short” year, with allotments to be at or less than four inches. Although actively preparing for what very well may be a difficult growing season, EBID officials stressed how they and their members have worked closely to manage through previous hard times and would again join forces to address this year’s critically low water projections.

It has often been stressed during past periods of low water levels at Elephant Butte Lake and most other similarly managed reservoirs; “at least fishing conditions can be expected to improve.” This will likely be the case once again this year. Although boaters may have to be extra careful about operating within limited space, anglers who make the effort and find a comfortable spot, will likely be rewarded for their efforts.

As Public Affairs Specialist Carlson noted, one of the BOR’s responsibilities is to assure sufficient water for fish habitat. This goal will obviously be maintained to the best of their ability and anglers looking to fill stringers and live wells should take note. Fishing in a barrel may not be quite as sporting, but it certainly can be exciting.

•During their April 21 regular meeting, members of the Elephant Butte City Council reviewed the low water forecasts and discussed potential implications for local businesses and the community as a whole. Among the statistics they examined, was a report by state park authorities recognizing a decline in boat registrations, but at the same time, a significant increase in All-Terrain Vehicle (ATV) registration. Board members noted how projected low water levels at Elephant Butte Lake State Park would in turn uncover a significant amount of shoreline, which if properly embraced by state officials, could be an attractive boon for off-road vehicle enthusiasts.

While acknowledging they are still working through an officials approach toward future use of ATVs within state facilities, board members agreed the present situation (and perhaps timely encouragement from enthusiasts) might very well prompt park authorities to review present regulations and to consider expanding off-road access.

Even without the possible modification of ATV access, the added shoreline will provide ample room for avid beachcombers to roam and explore.

•During the April 21 Elephant Butte City meeting, volunteer fire department chief Toby Boone told councilors he would be looking for them to consider a burn ban measure at their next session in May. In presenting this, Boone outlined present drought conditions throughout the region, a significantly low moisture content in most area vegetation, and projections for hot and dry weather to dominate in the coming weeks.

With these points noted, Boone acknowledged long range weather forecasts were now indicating southwest New Mexico’s annual monsoon season could bring some relief. Although too early to serve as a source of optimism, he said weather experts were saying monsoon rains may very well arrive early in 2021, and could extend longer than has been seen in recent years. If such a situation does occur, area residents and visitors could see drought conditions abate and lake levels improve, depending of course upon the amount of rain that actually falls across the region.

Some clouds early will give way to generally clear conditions overnight. Low 58F. Winds W at 10 to 15 mph.